Why learn Ruby on Rails development

Ruby on Rails is a web application framework designed to be a part of the Ruby programming language. It is important to know that Rails is not the same thing as Ruby. In fact, Ruby on Rails is a smart collection of shortcuts that are written using Ruby and lets developers build websites and web applications really quick. Consequently, it is highly recommended for beginners into the coding industry.

Interestingly, though Ruby on Rails is a small part of the Ruby framework, it alone has been able to create websites like Scribd, Groupon, Kickstarter, SlideShare, Zendesk, Shopify, SoundCloud, Hulu and many more. Ruby on Rails makes it easier and fun to develop entire web ecosystem for brands and is also one of the most in-demand thing if you are looking for a job in the programming / web development industry. Good Ruby on Rails developers are however very hard to find. 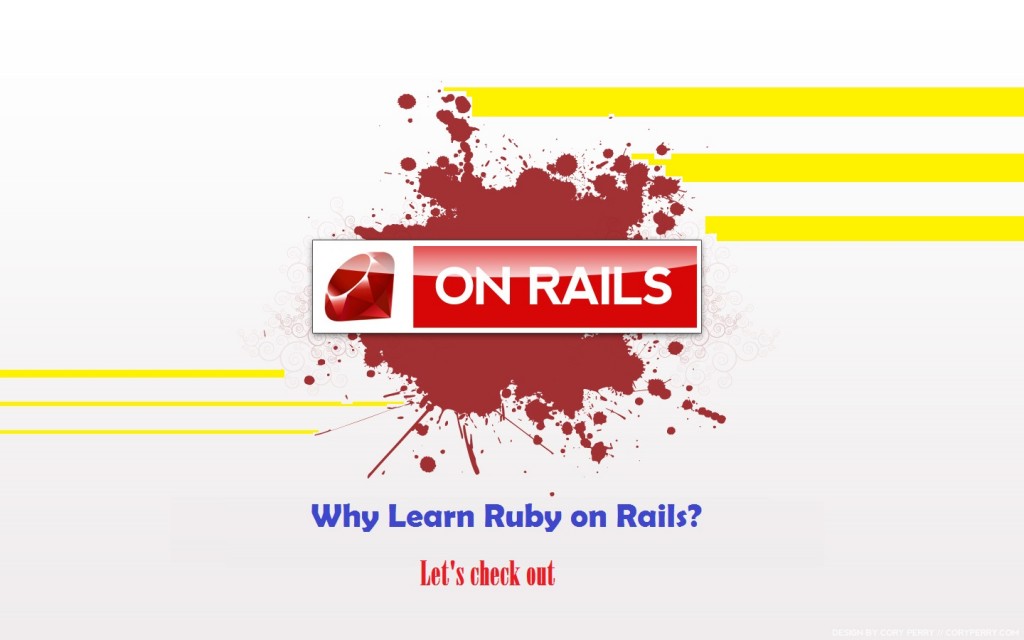 Here are some important reasons why every programmer should get acquainted with Ruby on Rails development:

Every beginner would love the “cleanliness” of coding that Ruby on Rails offers. It’s easy to pick up, easy to read, easy to review and an effective way of understanding the relationship between front end architecture and back end development. Even experienced programmers use Ruby on Rails to pump out high quality apps in little time.

For any tech startup, it is not just important to gain customer approval but also being able to provide reasons for it. Ruby on Rails allows programmers to create MVP prototypes quickly that showcase how the startup is going to operate. It is just like creating a blue print before diving into the actual project process. Blueprints / prototypes using Ruby on Rails will allow you to approach and gain the client’s trust.

Put simply, learning Ruby on Rails is cheap. Regardless of whether you opt for a free online course, a boot camp or a certified part time course, a Ruby on Rails course will be based upon the time that you invest. Programmers of any experience level will be able to create apps that with surprise the audience.

Ruby is object oriented, reflective, highly dynamic and a general purpose programming language. Originally created for “developer happiness” by Matz (Yukihiro Matsumoto) from Japan in the mid 1990s, Ruby on Rails has now become the first language that any developer learns. The coding structure is very easy to follow and will also help you bring out your creative side as opposed to banging your head over complicated scripts for simple functions. In simple words, with Ruby on Rails, you would be investing most of your talent into creating something unique.

Apart from being easy to learn, Ruby on Rails is backed up an amazing community of developers who are ready to help and answer queries. You get loads of free tutorials and build groups who come together to create originality.