Reasons why PHP development is becoming so popular

According to statistics by w3techs, PHP is being used in 81.3% of all websites developed in server side programming language. It holds a market share comfortably above ASP.NET, Java, Static Files or ColdFusion. The use of PHP has been growing at a fast rate and it can unquestionably said to be the most popular programming language across the globe. But what makes PHP so intriguing? Here are some simple reasons: 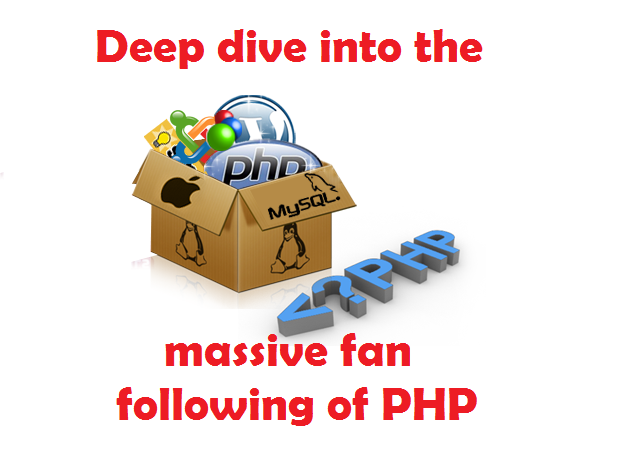 PHP programming is just like composing an English article for the computer. Aside from the fact that the language is bits and bytes, PHP is compatible to be run on any system productively. Writing a PHP script is pretty straightforward and as opposed to other language, PHP doesn’t assemble difficult coding propensities. Thus programmers can write profoundly customized scripts.

PHP is an open source framework, meaning that it is free, handy and supported by loads of documentation. All of it makes PHP one of the savviest systems that have found its way into popular applications like Facebook, twitter, Wikipedia, WordPress and more. Being open source also means that PHP is ready available for new developers who want to test their aptitude in coding.

When the technology and internet is drifting towards dynamic content, PHP has met the need for high end CMS customization. PHP makes scripting amoebic, allowing developers to change codes as and when they will. Every site developed with PHP is highly adjustable and this opens the grounds for updates and changes that are a part and parcel of the modern market. Content management systems like Joomla, Drupal and WordPress have thus been made from PHP.

Any PHP code can be run on all significant platforms, allowing designers to coordinate the sites in its different stages. For businesses, this would mean cost effective utilization of the current framework and working on platforms like UNIX, Linux and Windows and further an extra support to integrate Apace and MySQL.

This is clearly understood from the fact that the biggest social network, Facebook, runs on PHP. The usefulness of PHP for such a dynamic platform has also led to the creation of “Hack”, a subordinate language, to meet the changing development needs. PHP doesn’t require a server reboot to be updates as opposed to other competing languages.

Extensions and other ad-ons

PHP is the most adaptable language in the field of web development. It allows designers to create and add more updated functionalities that keep the end users hooked. Further, extensions and plugins helps new developers cope up with the programming challenges.

PHP is backed up by a huge library of resources and tutorials. Being open source, developers get to learn from users across the globe and this has been a defining reason why PHP is being adapted by every web developer today.

PHP has the capacity to support fast turnaround times and efficient but highly secure web platforms and applications. Let us know if your application and IT solutions too is driven by PHP.