With 500% Y-o-Y Growth, GoodWorkLabs Strengthens Foothold as one of the Most Successful Bootstrap Startups in India With Projected Revenue of $10 Million by 2018

Delivering Cutting-edge Technology to Both Fortune 500 Companies and Innovative Startups, the Organization Looks to Expand its Market Presence in Europe, Africa and APAC Regions

After its completion of 3 years, GoodWorkLabs, an award-winning new-age software lab and UX design studio, has announced its expansion plans today with a projected revenue of $10 million by 2018. The company offering a wide range of services from designing and developing mobile apps and games to cloud-based tech products, initially saw a rolling revenue of $0.5 million in 2014-15, which grew on to become five-fold to $2.5 million in 2015-16, making it one of the most successful bootstrapped startup companies in India. GoodWorkLabs provides solutions for premium clientele globally, and is deepening its presence across industries, both domestically and in several regions across the globe. Serving customers both in India and the US, the organization is now setting its footprints and exploring partnerships with leading innovative technology companies in the markets across Europe, Africa and Asia Pacific regions in the year 2016-17.

Born in 2013, GoodWorkLabs started off with an initial investment of Rs. 25 lakhs and now with offices in Bangalore, Kolkata andSan Francisco Bay Area, remains upbeat about its further growth. Being self-funded, GoodWorkLabs specializes in ‘innovation outsourcing’ by providing cutting-edge products and solutions that cover developing and customizing mobile apps, software products, games and UX design.

Announcing the organization’s robust growth and expansion plans, Vishwas Mudagal, CEO & Co-Founder, GoodWorkLabssaid, “Our ongoing engagement with our clients across verticals, has brought in positive results as we continue to grow 500% year-on-year. This year, we look forward to expanding our market presence across various verticals, with possible partnership opportunities in new markets in Europe, Africa and the APAC regions.”

“Our mindshare in the high-end consulting and technology space is growing significantly in India and the US, and we will leverage this to expand into other markets, globally,” stated Sonia Sharma, MD & Co-founder, GoodWorkLabs. She added, “By building our proprietary Enterprise Mobility Platform that customers can use to roll-out mobile apps and solutions in record time, we are scaling up our operations by adding a products division and plan to double our headcount over the next six months.”

The power duo feel that it is not only their innovative, agile and scalable approach to product development but also their artistic approach to product designing which sets them apart – a principle they are determined to hold on to disrupt the status quo of every product space they work in.

GoodWorkLabs is a world-leading outsourced product development company that designs and builds mobile apps, software products and games for top clientele globally. With offices in Bangalore, Kolkata and San Francisco Bay Area, the company is growing at 500% year-on-year and has established itself as a premium tech provider for Fortune 500 companies and startups alike, including Flipkart, Hindustan Unilever, CommonFloor, Ekstep Foundation, Avaya, Sesame Street, ShoreTel and Jacobs. The company is led by industry veterans Vishwas Mudagal, CEO & Co-founder, and Sonia Sharma, MD & Co-founder, and is a valued member of NASSCOM. 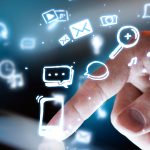 May 8, 2014 by
NewsProduct Development