Virtual Reality Games – Are They Here To Stay?

Ever since its inception, Virtual Reality (VR) has been successful in revolutionizing experiences. By ensuring incredible and larger-than-life human experience, VR helps you take a step ahead in the virtual world. Most importantly, Virtual Reality is stirring up revolutions in the gaming world. With Facebook investing in Oculus Rift in the year 2015, VR gaming has reached new heights.

Avid gamers are no longer left in the worlds of 2D gaming, and new possibilities have already arrived. However, after the initial years of success, Virtual Reality or VR seems to be going through a rough patch. Is it so or there’s more to the story? Let’s find out.

According to market statistics, nearly 75% of professional game developers consider VR and AR to be long-term investments. On the other end, very few of them believe that Virtual and Augmented Reality will fizzle out in due course and fail to surpass the unprecedented popularity of modern gaming consoles.

Some of the latest developments will offer crystal clear insights into the matter. According to assessments made by ‘Game Developers Conference, 16% of new developers are working on new VR platforms.

While on the other end, nearly 15% of next-generation game developers promise to include VR support in their game development projects.

Taking a look at other aspects

Changing consumer preferences have a great impact on innovations. The need for advanced functionality along with never-ending demands for innovative operations leads to new discoveries. Take a look at your mobile devices and Smartphones. There was a time when advanced computing and tech operations were only possible on your PCs. Today, the Smartphone has almost replaced desktops in several arenas.

Irrespective of their needs, Smartphone users can enjoy uninhibited and unrestricted access to the entire world. Social networks such as Twitter, Facebook, and Instagram have added to its functionality and users can enjoy connecting with numerous people across the globe.

So, is VR going to face similar turn of events? Or future has something else in store? Going by the market trends, it’s impossible to ignore the importance and significance of Virtual Reality. Quite naturally, its future seems to be bright enough.

As one of the latest, high-performance, and unique devices for human interactions, Smartphones have earned unsurpassed popularity in the market. Try to integrate the smart revolutions with ever-increasing demands of the entertainment industry. That will lead to exceptional opportunities in the global arena. VR games will get a new life with innumerable users welcoming this technology with open arms.

VR has the potential and the power to lead the tech arena, only if it’s adopted by various users. Only when consumers embrace this new technology, will they get an idea of their significance and VR game developers come to know about the user adoption rates. High adoption rates will in turn, create amazing opportunities for game developers and business owners to develop solutions focusing on this technology. 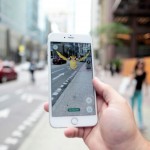 The Role Of Usability Testing In App Development