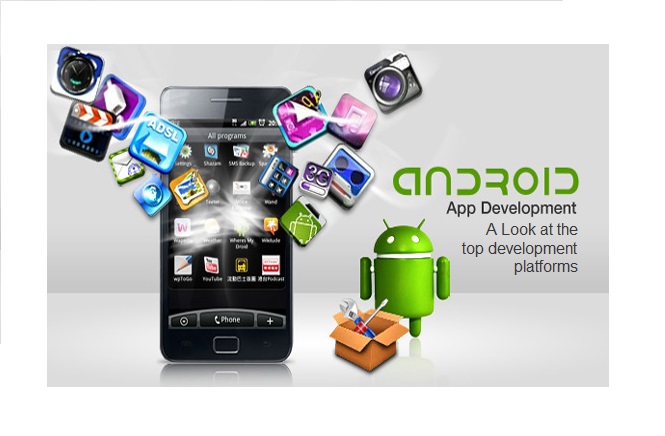 Android attracts the majority of app developers, thanks to the continuous innovation of Google Play. Apart from providing an open-source environment, the Play Store has definitely become a refuge for those who have been overwhelmed by the strict guidelines of the iOS App Store. Also, the lack of any definitive approval process makes it easier to submit your application and invest your time and money in the development process. However, if you are daring enough to look beyond these loose ends, there are special Android development platforms that can give wings to your imagination.

However, given all the opportunities present in the Google Play Store, there are hurdles to be crossed by the developer to create a smash hit mobile app. When it comes to the hardware, Android can be provokingly fragmented, leading to manufacturers having their own proprietary modifications (HTC Sense).  Here’s a list of the top 5 Android Development Platforms:

The basic Android ‘Software Development Kit’ can be the go-to platform for any developer looking to start his career with app development. The platform offers easy tools for API documentation, debugging, system images that support testing, and other tools that perfectly integrate with the Google ecosystem. Android SDK further includes essentials like licensing and Google Play billing that enables an easier and more secure app sales and distribution.

Developers are specifically interested in platforms that help them maximize their effort in reaching out to maximum users across a wide range of devices. For developers interested in crafting apps that can reach out to both iOS and web users, the Titanium Mobile SDK can be a game-changer. Developed by Appcelerator, Titanium SDK supports a minimum of 5,000 different devices and mobile OS APIs. It gives developers the freedom to run their applications like the native apps for both Android and iOS. Titanium SDK even goes a step further by offering device-agnostic HTML5 applications that will be compatible with any device, increasing your audience reach in the process.

Mobile applications that are based on geography and user experiences can not only impress developers but can be life-changing for end users. Gimbal, developed by Qualcomm integrates context awareness and offers a platform that is secure and resource-efficient. Using web-based dashboards; developers can easily set up Geofence locations that identify hotspots in-app interactions. Gimbal further tracks web activity and user preferences to customize the application experience for individual users. Additionally, there are some strict regulations to user privacy and developer controls.

Another android development platform by Qualcomm, Vuforia has impressed many developers. Augmented Reality promises developers a tech vision that recognizes and produces real-world imaging and 3D targets. For developers building a game for Android, Vuforia can be the perfect solution to the desired AR experience.

An easy to use developer platform, AppMachine supports designing and development of native apps for both Android and iOS. Developers simply need to combine building blocks across features that include photos and videos. Developers have complete control over fonts, icons, colors, navigation paths, and the overall layout.