Ruby on Rails is the Ideal Answer for eCommerce Solutions

It is not an easy task to set up an e-commerce site that works as per its stated objectives. Apart from the complex business KRAs, one also has to take into account several other important factors like a great user experience, a powerful back end, secured payment gateway, a robust content management system, hosting, development and design.

Though many of you may be already aware of the web design and development process, a common question that often pops up is why should one choose Ruby on Rails  (RoR) to build their e-commerce sites?

Today, we will try to answer this crucial question.

Ruby on Rails has come a long way and the primary three reasons why eCommerce websites prefer it are:

Let us look ahead and expand these reasons and understand why RoR has become a trendsetter. 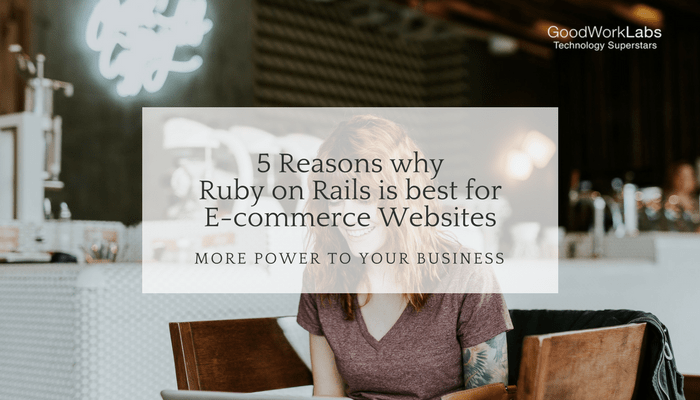 The development community for Ruby is tremendously responsive and active. Programmers are tirelessly developing new programs for communicating with other Application Programming Interfaces or APIs. So the Ruby developers have an added advantage of a versatile toolkit to depend on.

Ruby on Rails is a fast tool for application development that enables the developers to model out the features of an e-commerce site quite fast. The leap between modeling, estimating as well as the actual development phase is extremely fast. This feature is helpful for bigger projects that need the developers to find out the ease or difficulty level with which a fresh functionality or feature can be implemented.

3.    Adoption and demand in future

Today, websites are no longer static as they used to be earlier. In fact, they are much more interactive and dynamic. There are many web-based services running on Ruby on Rails, which have been recently launched. Ruby on Rails allows websites to be more dynamic and more flexible to changes in the future. It foresees the future demands and its solutions.

One interesting point to note here is that Ruby on Rails is available as a free toolkit, running on Linux, which is also a free OS or operating system software. Ruby on Rails can work with many databases as well as free web servers. If you remember, earlier, Microsoft’s ASP or Active Server Pages was a platform, which was popular. But the users had to pay for Microsoft Windows as well as  for the back-end SQL Server from Microsoft. The latter was also used as a data source. Since Ruby on Rails is free development platform, costs can be significantly lowered without compromising performance, security or speed.

The web developers can understand the concept of this development tool quite easily. However, it may take some time to explain in case you are not accustomed with the process of creating a site earlier. The way this tool was created, it has a well-balanced synergy between methodology and the structure while writing the program. Since a developer’s programming style does not get into conflict with writing the program, the learning curve is much shorter when the code is passed down from one programmer to the next one. This feature is immensely useful when you will need multiple developers working on the same project.

Some of the top brands have trusted Ruby on Rails to build their website.

A number of languages can be used for creating an e-commerce website, these include Cold Fusion, Python, Perl, ASP, PHP and Java among others. However, Ruby on Rails provides a specific set of advantages as discussed above to add true value to your e-commerce website development project.

Ruby’s syntax is loved because of its clarity and simplicity, beauty and readability. Most methods and classes are named very logically and could be read like a book. A well-written Ruby code gives opportunity to even beginners in the eCommerce field.

Try out Ruby on Rails and experience the difference yourself.

It will get your business rail back on track. 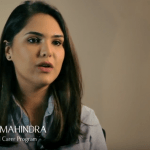 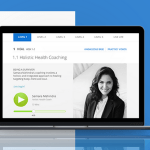