The Origin Of Internet Of Things

That Thing About Internet

We are in the midst of one of the greatest shifts in manufacturing since the Industrial Revolution. At the heart of this disruption is the IoT. Smart connected products provide manufacturers incredible insight into how customers use products and services. This new level of understanding, combined with manufacturers’ deep product knowledge, is rapidly evolving business models and creating a competitive advantage. Manufacturers can use the data collected from IoT to lower costs, reduce downtime, improve future designs, and even push new features to equipment directly via the Internet. Forward-thinking manufacturers are using IoT to transform their business models by moving from one-time product transactions to ongoing product-as-a-service offerings.

But what is IoT?

And how did it emerge as a game changer?

The Internet of Things allows objects to be sensed or controlled remotely across existing network infrastructure, creating opportunities for more direct integration of the physical world into computer-based systems, and resulting in improved efficiency, accuracy and economic benefit in addition to reduced human intervention.

When IoT is augmented with sensors and actuators, the technology becomes an instance of the more general class of cyber-physical systems, which also encompasses technologies such as smart grids, virtual power plants, smart homes, intelligent transportation and smart cities. Each thing is uniquely identifiable through its embedded computing system but is able to inter-operate within the existing Internet infrastructure. Experts estimate that the IoT will consist of about 30 billion objects by 2020.

The concept of a network of smart devices was discussed as early as 1982, with a modified Coke machine at Carnegie Mellon University becoming the first Internet-connected appliance, able to report its inventory and whether newly loaded drinks were cold. Mark Weiser’s seminal 1991 paper on ubiquitous computing, “The Computer of the 21st Century”, as well as academic venues such as UbiComp and PerCom produced the contemporary vision of IoT. In 1994 Reza Raji described the concept in IEEE Spectrum as ” small packets of data to a large set of nodes, so as to integrate and automate everything from home appliances to entire factories”.

Between 1993 and 1996 several companies proposed solutions like Microsoft’s at Work or Novell’s NEST. However, only in 1999 did the field start gathering momentum. Bill Joy envisioned Device to Device (D2D) communication as part of his “Six Webs” framework, presented at the World Economic Forum at Davos in 1999.

The term “The Internet of Things” was coined by Kevin Ashton in a presentation to Proctor & Gamble in 1999.  Ashton is a co-founder of MIT’s Auto-ID Lab.  He pioneered RFID use in supply-chain management.  He started Zensi, a company that makes energy sensing and monitoring technology.  He later sold the company to Belkin.  He has been involved in other startups, such as ThingMagic.  He is also the author of the book How to Fly a Horse: The Secret History of Creation, Invention, and Discovery.

In a 2009 article he wrote for RFID Journal, Ashton explained the term:

“The fact that I was probably the first person to say “Internet of Things” doesn’t give me any right to control how others use the phrase. But what I meant, and still mean, is this: Today computers—and, therefore, the Internet—are almost wholly dependent on human beings for information. Nearly all of the roughly 50 petabytes (a petabyte is 1,024 terabytes) of data available on the Internet were first captured and created by human beings—by typing, pressing a record button, taking a digital picture or scanning a bar code. Conventional diagrams of the Internet include servers and routers and so on, but they leave out the most numerous and important routers of all: people. The problem is, people have limited time, attention and accuracy—all of which means they are not very good at capturing data about things in the real world.

And that’s a big deal. We’re physical, and so is our environment. Our economy, society and survival aren’t based on ideas or information—they’re based on things. You can’t eat bits, burn them to stay warm or put them in your gas tank. Ideas and information are important, but things matter much more. Yet today’s information technology is so dependent on data originated by people that our computers know more about ideas than things.

If we had computers that knew everything there was to know about things—using data they gathered without any help from us—we would be able to track and count everything, and greatly reduce waste, loss and cost. We would know when things needed replacing, repairing or recalling, and whether they were fresh or past their best.

We need to empower computers with their own means of gathering information, so they can see, hear and smell the world for themselves, in all its random glory. RFID and sensor technology enable computers to observe, identify and understand the world—without the limitations of human-entered data.”

From a remote machine of coke which could report its inventory to a city which operate on itself,  IOT has indeed come a long way. 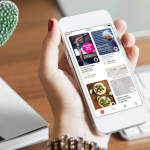 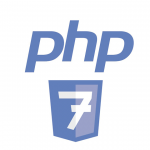