The Darker Side to IoT

Marie Moe, a research scientist from the SINTEF ICT exclaims that it’s about time that “hospitals start worrying about computer viruses and not just the regular germs”. We are into the age when pacemakers can be controlled and monitored from outside and sensors that can read your heart rate, diabetes levels and other vital functions. It’s not just medical devices that pose a threat but the more the idea of automation itself. When air conditioners know when people would leave the house and when they would be getting in, they can also expose some serious private data to cyber criminals. Same is with automated cars. To address these issues, all types of smart device makers are working on the liabilities, trying to make them much secure, but in the world of internet, every new day is a fresh start for hackers too. 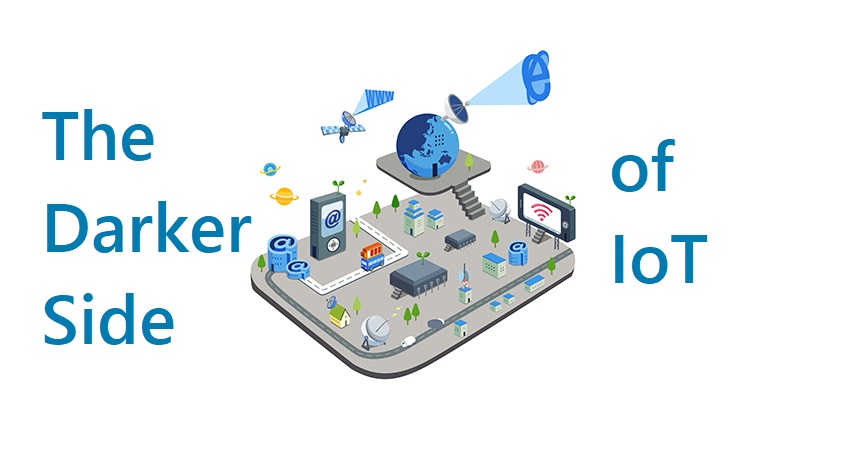 The disadvantages of IoT can have three definite implications:

NASAs spying revelations has exposed more amount of information accessible to its government and hackers alike. It might not be a comforting though when you know that there could be someone who has access to your personal details like the places you have been in, the people you talk to over phone, the amount of time you spend at any place, etc.

The risk of a widespread malware

With the whole world and most of its human residents connected to the same platform called internet, it would take just a single click to evade the globe. The results can range from minor inconvenience to widespread corruption. Now, to fight back in such a situation, it would again take a worldwide sweep of every device that has been infected.

It may very well happen when brands and manufacturers would be offering daylong advertisements and offering on your smart TV screen, refrigerators, dryers and dishwashers. These marketers will use data that is generated you your own residence to share a product relevant. The choices will seem forced rather than self-made decisions.

And then there could be these:

ü  You don’t want your health information to reach the insurer but being unhealthy, your premiums go up!

ü  You don’t want to submit your finances or your whereabouts and the government authorities might have a means to tag you to be a criminal and tap into your phone!

The world of automation is exciting but some would rightly say that we mustn’t lose our human side to it. “We might not still be living in dystopia but we are pretty sure that some have already opted for the starter kit”. Cyber security is biggest kinds of threat today – the government uses it, the banks use it, the hackers use it and even the terrorists use it to their devastating ends. Weighing the rightful adoption of connected devices is the best we can do. As they say they “with great powers come great responsibilities”. As humans, we must understand the implication of everything we bring into our life and limit their use to convenience they are supposed to provide.