Siri vs. Google Now vs. Cortana – A look at the Best Digital Assistant Apps

Talking to the smartphone has been a part of the culture for quite some time now. The trend started with Siri – the voice assistant introduced by Apple in 2011 with the iPhone 4S model. Google joined the race with Google Now in 2012 and now Microsoft is close to introducing the Cortana in its full colors. Though these tools have been making our life easier, the frustration involved with your voice assistant misunderstanding the commands can be quite high. Though Siri, Google Now and Cortana handle themselves pretty well, it becomes pretty challenging to determine which is better than the other. So, let’s compare!

While Cortana allows you to interact with a recognizable voice, Siri too has lived up to be an iconic speech across the globe. It’s Google Now that fails instant recognition of any kind. However, Siri wins this category because of its customizable voices. If someone doesn’t like a male voice guiding you, it’s simple to switch to a female tone. Cortana however locks itself to the same Jane Taylor voice.

Voice assistants have been a great tool for users looking to hands free usage. Google Now seems to take the winning accolades in this category by integrating the ‘always listening’ feature. Anytime, you need to activate the voice assistant, all you need to do is speak “OK Google”. However, this feature is only available in higher end models. Siri on the other hand gets activated whenever the phone is connected to a power source – the car charger or charging at home/office. Cortana fails to make any mark in this aspect.

Siri’s one-touch activation requires holding down the “HOME” button for a while. For Android devices, it’s swiping up from the on-screen key from Home and for Microsoft devices, it can be activated by pressing against the “magnifying glass” shaped icon in the main screen. The later doesn’t even require unlocking your phone. Siri however wins this category gain by asking for the fewest number of motions.

Speed and accuracy of gathering information

If you put in a voice command like “Where can I watch the trailer of The Terminator”, it takes Siri 3.5 seconds to answer, 5.47 seconds by Google Now and 6 seconds by Cortana. The accuracy of information varies according to the line of question. Cortana is more accurate in delivering weather information while Google Now is best in searching up information on web. However Siri wins with its speed of delivery.

Our take – we can comfortably say that Siri is the best voice assistant among the three. Google Now catches up pretty close and it’s still some road to cover by Cortana. Do write in with your thoughts on which is the best out of the three. 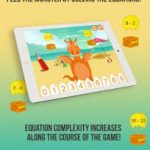