Hybrid App Vs Native App – Which one is better?

In 2019, the number of mobile phone users is estimated to reach 4.68 billion.  Hence, this is enough reason to stress the importance of having an online presence in the form of mobile apps. Now the next and major question is which approach to choose for app development, native or hybrid?

We understand that picking the perfect mobile development approach is a tough task. That’s why in this post, we have tried to clear the confusion by laying down circumstances in which Hybrid app development makes sense. 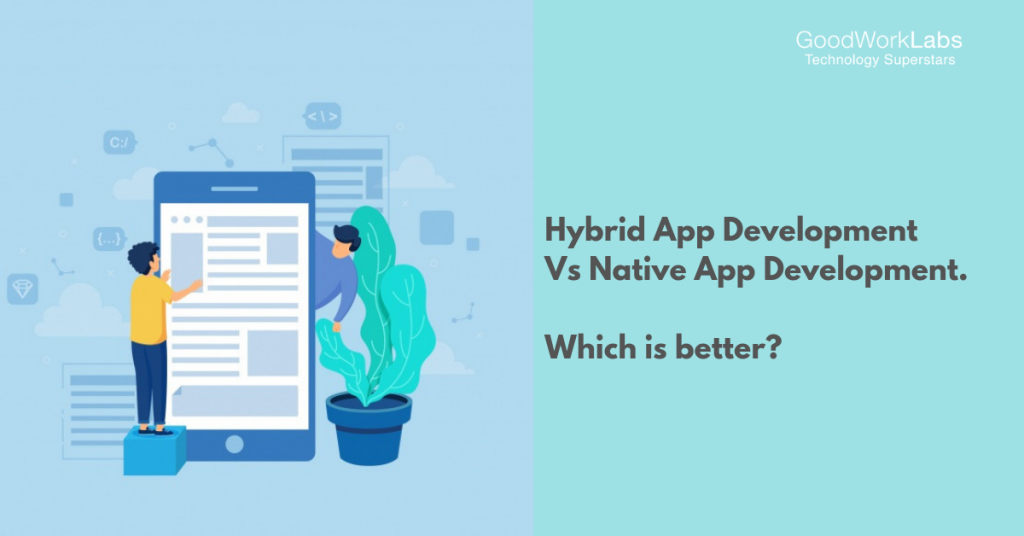 As stated by the Ionic Developer Survey 2017, in which 13000 developers participated, 32.7% of developers are expected to completely abandon native app development for Hybrid app development. Also, there was a 700 percent decrease in developers developing exclusively with native tools.

These apps can access the native features like camera, contacts and at the same time, it runs on both Android and iOS.
With the advent of Hybrid mobile app frameworks such as PhoneGap, Ionic, and React Native, the options in mobile app development have diversified.

There are sizeable advantages for opting hybrid mobile app development.

To start with, the talent pool of Hybrid App developers is bigger than the native app developers, thus making Hybrid app development a cheaper venture than native apps. And you already know that every penny saved is a penny earned.

With Hybrid app development, multiple app platforms can be targeted without the requirement of maintaining multiple code bases. This, in turn, reduces the time to market and enhances the outreach to the users.

The following are key benefits of using Hybrid application development:

Since a single code is used for all the major app platforms, it is difficult to match up with the performance of native apps. There are also some performance issues because of some device constraints in Android and iPhone.

With the tech world evolving at a drastic rate, it will be difficult for organizations to stay updated with the latest features and hardware capabilities when they choose the hybrid framework. It is both a time consuming and cumbersome process altogether.

Hybrid app development solves the chief purpose of fast-track development and a quick launch in the market. The added advantage is that it is inexpensive and there is no functional or visual difference to users.

Furthermore, hybrid apps are perfect for startups who desire a quick lane to market. Quick prototyping helps in getting an early feedback, so that unnecessary expenses on development can be avoided later. All you need is to build a Hybrid MVP and test your concepts, if it satisfies all the standards, move ahead with developing the Hybrid app or migrate back to the native app.

It is a general perception that hybrid app development has several constraints with custom features and that developers can only use the features that can be wrapped in a native container. But, the real fact is Hybrid app can cover up to 90% of standard features.

Also, the possibility to create something new with the modules already written in native for specific platforms is very high.

Another great usage of hybrid development is when you need an inner ‘corporate’ purpose app like conference apps, events and such. These applications are distributed via links and not uploaded on the Google Play or App Store.

How to decide whether Hybrid is the right choice for your business?

There is no clear choice when it comes to native or hybrid. No matter which option you pick you will have to make certain compromises. Your decision should obviously be based on your requirements, skills of developers, and budget.  Also, there are few mandatory questions that you must ask yourself before arriving at any decision.

Do you have strict budget constraints? If yes, then the hybrid app development will solve your purpose. On the contrary, if your app requires a lot of unique features in your app then native app development should be your first choice.

The decision of choosing the right approach for app development is not an easy one. It is like choosing between an iPhone or Android phone. The best approach to choose is to make a list of priorities and then test both app development approaches for appropriateness.

Also, the choice of app development approach varies with the project complexity. With all the pros and cons of hybrid and native app development in mind, you can make an educated decision.

If you would like a FREE consultation on the best approach for your App development needs, then drop us a quick message here 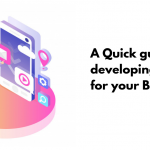 A quick guide to launching PWA apps for your businessDecember 10, 2018
3 Ways How Deep Learning Can Solve The Problem of Climate ChangeDecember 17, 2018 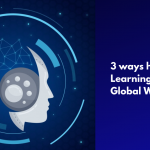