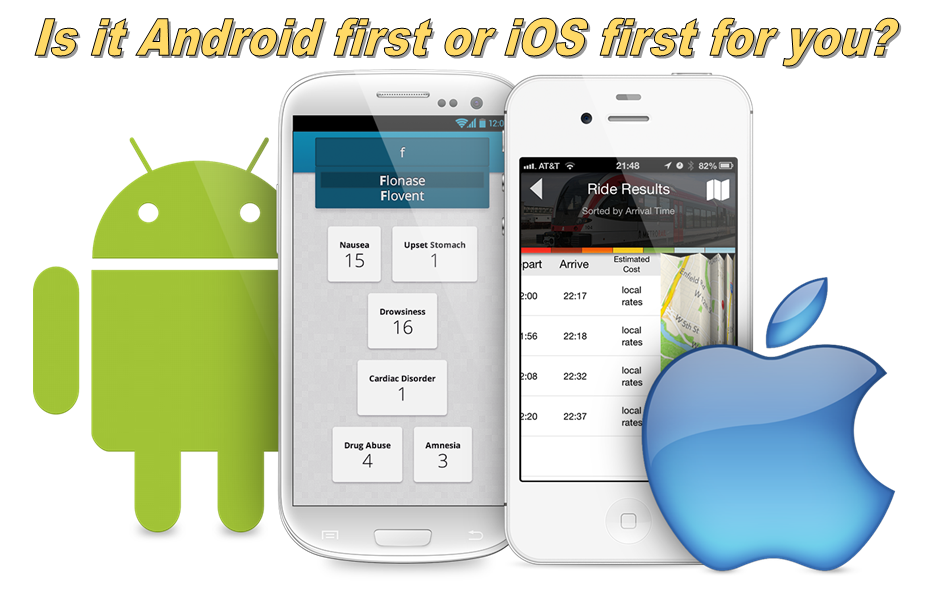 If you are building an app, it’s a common question whether to build for Android or iOS first. Building for both platforms simultaneously can get expensive. Further, developing for a single platform to start with gives you the advantages of testing, iterations, feedback and improvements. Experienced app developers would choose to act upon the second platform only when they succeed in the first and experience enough monetization.

So it is Android or iOS?

According to Gartner’s reports, Android dominates the smart phone market with a share of 82%. However, iOS brings in the advantage of monetization, bringing in five times greater returns with in-app purchases. Further, Apple has a better distribution mechanism than Google’s Play Store. Android App Store on the other hand benefits from a simple and uniform user experience. Comparing the different advantages and the nature of your target market is the key to success. Here are some factors to consider:

When to choose iOS

If you are targeting the U.S. marketplace, Apple has a significant amount of dominance over Android. Apple devices are extremely popular in states like Los Angeles, New York City of Washington DC. Thus, if your target is American audience, iOS is the safe bet. IOS will be able to generate four times higher revenues compared to Android.

When to choose Android

Businesses that are looking to enter the market and don’t have a substantial capital to start off with, Android is the perfect solution. Android app development is based on open source software, making it cheaper. Further, Android provides several frameworks and plugins that makes it easier to develop and deploy an app. Also, the Play Store has less restriction on the quality of app submission than iOS App Store.

Regardless of the platform you choose, interactivity, user friendliness, and quality will be the key to the success of your app. It is when you bring something unique to the market that you get noticed. Otherwise, there are millions of other iOS and Android apps to get lost in!