Android Lollipop has been hailed as a revolution, making smartphone interfaces better looking and more functional. There were several changes to the previous version of KitKat. In addition, Google also worked upon a lot of bug fixes while plugging in several helpful features that attaches exceptional power to the OS. The first device to get a taste of the Lollipop was Google’s Nexus devices. Gradually, third party manufacturers like Samsung, Sony, HTC and Asus caught up with the update and users worldwide have consequently got the intuitive experience of unique functions like Sense and TouchWiz.

The ‘techie’ appeal is more consumer-friendly and cuddlier. Even the action buttons have been simplified to represent the basic shapes. A white background replaces the transparency that we saw with Android 4.4 KitKat. Also, the multitasking screen is now presented as a rotating cascade like the Google-Now cards. Even if you had several documents open in one app, you can access them separately from this screen.

The notifications panel has certainly matured much with the Lollypop. Google finally introduced the long awaited lock screen notification that allows you to see the events without having to unlock the device. The lock screen showcases text messages, appointments and email. All it requires is a tap to go straight down to business.

In case you are busy with something else – watching a movie or reading a book, new notifications will appear briefly and choosing to ignore it will get you back to the thing you have been doing.

Google Now has already been proving to be pretty useful but soon enough, it will be getting increased support through third party applications. A month after the launch of Android 5.0, Google already had more than 30 third party vendors who would be providing information for Google Now.

Phones are no longer serving a single individual. The very capability of smartphones make them a perfect gadget to be used everyone in the family. The same devices will be used by you, your kids, your spouse, your brother, and other close family members. Consequently, Google offers for several user accounts with the Lollypop. Pinning Apps on the other hand will ensure that the second user wouldn’t be able to access things like personal emails, social accounts, and other accounts.

Lock screen security can be easily breached. This raises the need for some extra functions that protects personal information at all times. Smart lock allows you to pair your device with trusted accessories like cars and fitness wearable. Face Unlock too gives a unique perspective to unlocking the phone.

Project Volta is aimed at improving the battery life of your smartphone. It ensures that the apps connected to the phone gobble up less amount of power.

Minor setbacks aside, Android Lollypop is a game changer in all respects. Improved functionality, better interface, better security and an increased flexibility of customization, makes it the best version that Android has ever made. 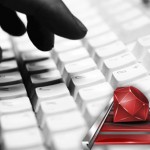