What’s the deal with Appcelerator Titanium?

As with every software, there are both benefits and drawbacks associated with this platform.

With flexibility in its DNA, Appcelerator’s Titanium immensely speeds-up application development with just a few lines of code in a few hours. It is important to note that this would usually require more attention and a few days. Whether you opt for native or cross-platform toolkits, Titanium is always an open option to develop a prototype to evaluate the user’s interaction with the UI, given its rapid development.

With Titanium, JavaScript, a language well known by hundreds of thousands of developers, encourages more individuals coming from a web development background to easily transition to mobile app development. Over and above, Titanium shows off its combination of flexibility and structure–a fundamental characteristic of prototype-based scripting languages.

This obviously does not operate like how the well-known Java slogan goes: “write once, run on iOS and Android”, it’s slightly different. It is necessary to setup the development of one of the two platforms and then implement the required measures to make the app also run on the other one. The advantage here is given to you- the developer does not have to learn two languages and can reach a very high level of code reusability.

Programs are interpreted “cross-compiled” by the vendor and as such incur a startup and runtime cost.

Errors are usually not detected until runtime. Now, most developers know this can be a risky investment in a software that doesn’t give real-time feedback.

As with everything that we use, there come advantages and disadvantages, but it is important to understand that these should be evaluated on a case-by-case basis. This is because the size and complexity of the project predicts the number of bugs and limitations one could encounter when choosing to develop on this platform.

Titanium is however, an excellent tool for rapid prototyping to present a mock-up, within a few hours, into a prototype in order to evaluate consumer interests or conduct usability tests- or whatever floats your boat! 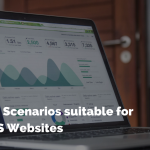 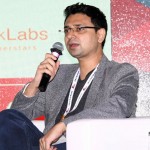