Things we love and hate about PHP

PHP is the largest used programming language in the web development community. It is used in more than 80% of all the websites that are “live” today. Its CMSs and Frameworks like Joomla, Drupal, Cake, Magento, Codeigniter and WordPress are being deployed by some of the most successful and hi-tech web platforms. In fact, it has been the language that brings Facebook to all desktops and smart devices!

However, it also has its fair share of haters. Many developers have commented that PHP stands good for as long as you are limited to website and web applications. Sometimes, the codes can become very dirty and a burden to maintain. However, all of it depends on how you are coding. 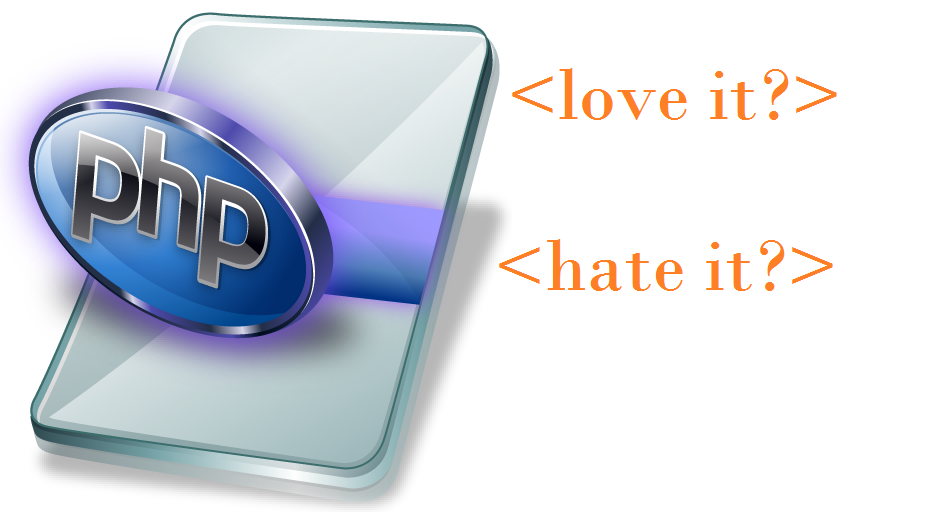 Here are some good and bad things that are true to the PHP programming language:

Easy to learn: PHP is arguably among the most accessible and easier programming language available. All due thanks to the excellent documentation and the updated online resources, it is very easy to understand. This also makes PHP one of the most popular web programming languages ever. According to Josh Lockhart, New Media Campaigns, “PHP has a small learning curve, fast development iteration and facilitates higher ease of development”.

PHP continues to evolve itself: Created back in 1994 when we had no concept of closure and namespaces, PHP has continued to evolve to become the best updated language for modern web development. PHP followers would say that people who want to move away from the language have most likely failed to understand its full capabilities. One will regard this statement when checking enhancements like Hack and HHVM Virtual Machine.

Easy to work upon: Spare the developers – their job is writing codes. But what about users who look up to the PHP platforms for their business? Well, PHPs CMSs solves all major problems of website maintenance and upgrades. CMSs like WordPress, Joomla and Drupal have made it easy even for a non-developer to create and maintain a high-functional website. Further, a huge CMS community comes to help with its plugins, fixes, ad-ons and other answers.

It gives you the job: For a developer knowledgeable in PHP, getting the job becomes quite easy. PHP has a huge demand in the market and as already pointed, 80% of websites are looking to work with PHP. So, if you are expert in PHP, you get the job and the money that comes with it!

Haters will be haters! However, there has been massive “thumbs down” on the PHP language, its framework and even the ecosystem. Sometimes, the language can bring surprises and is criticized for being inconsistent. The biggest complaint against PHP is it being “opaque, saddled with weak and complex typing and with negligible traces of stacks”.

For modern developers, the disadvantages with PHP lie in:

However, we would say that if one knew what PHP caters with, these inconsistencies can be played through and a greater setup can be focused on.