How People Are Reacting To The iPhone X

Apple has revealed iPhone X and as usual people are reacting to it with both eagerness and criticism. One can only review the phone once it hits the market, but we went around the Internet observing different people’s reaction to it. We bring to you some of the best reactions on iPhone X.

Whilst the Apple rumor mill had pretty much ruined the element of surprise, we’d heard about this new phone for months and by the time of the event even knew the name of the new device, one thing that was still a mystery was how Apple would introduce the iPhone X and position it.

So, let us have a look at some the reactions from the Internet.

” It is beautiful. No other smartphone can compare to the level of design quality that the iPhone X has. The screen is gorgeous. The camera is stunning. The size is breathtaking.

The iPhone X is easily the best iPhone, and, arguably, one of the best smartphones ever created.

I could list the hundreds of positives from AR to Animojis. I could show the amazing design and the all glass display. It brings wireless to the next level. It is insanely fast.

However, Pad Charging is a disappointment.

Obviously, there is nothing better on the market; however, AirPower is not what it should have been. It is cool and better than most of the industry; however, it is not wireless. There is still a wire.”

” Wireless charging was leaked very early along the development of leaks, but we did not know what type of charging it would be. Many speculated and hoped that Apple would take a bold move and make a truly long-range, wireless charging. Unfortunately, these hopes were not realized when they said they partnered with Qi. Obviously, it will help with the popularity with more options to grab a quick-charge, but it is not the same revolutionary changes we expect from Apple.

Another concern are the screen functions. I am concerned about these because they are completely different, and are more specific for the tech-savvy generation who are able to adapt quickly. There are many elderly people almost know all of the functions of the iPhone, but this phone completely changes that. With the swipe up from the bottom for home and from the top for control center, and the “side button” and not the lock button, I predict it will cause a lot of trouble for the less tech-savvy users.

In general, I believe that this is a huge step and a new threshold in the production of future smartphones, but does not include many of the features that many of us have come to love and expect.”

” I think everybody is sold on the beautiful new edge-to-edge super-retina screen, which is the high point of the iPhone X. That’s a key selling point for this camera, because it gets rid of the bulk of the top & bottom bars and gives you more screen in less space. That’s a good thing. Basically, this new phone is built around that new screen as the “big reveal”, and all the other features have been modified or changed to enable it.

True to form, Apple has also put the finishing touches on a lot of other features, including incremental improvements in battery life, a usability boost by getting rid of the home button and using facial recognition for unlock, improved speakers, better water-resistance, etc.

The other big reveal that a lot of folks might have missed was Apple unveiling its support for the Qi wireless charging standard. Pre-release rumors had indicated that Apple would unveil a competing standard, but I’m happy that they’ve adopted a system that allows their customers to use the existing Qi standard.

Finally, as shown in picture above, I do like the fact that Apple’s pricing strategy for the iPhone creates a range of product choices to accommodate different budgets – although by the same token it increases the product design & support load on Apple, which I feel makes them a bit less nimble.

The $1,000 price point feels too high for the new iPhone. The pricing structure jumps makes a $300 jump from the iPhone 8 to the iPhone X, and I’m not sure exactly how the market will respond to it. The cost of iPhones, airpods, chargers, replacement lightning cables, and now wireless charging adds up. Will consumer purchasing keep pace?

I have 2 other issues as well. The first is that Apple hasn’t fixed the problem with lightning cables, and even with wireless charging you’ll still be using those cables a lot. They need to replace those with a mini-magsafe connector like type the iPad Pro uses to dock with its keyboard. Honestly, doing that would eliminate the need for wireless charging in the first place.

Second, the iPhone X has a 12 megapixel camera, which is competitive with the Galaxy S8 and Google Pixel cameras, but nonetheless falls short of other phones on the market with 20+ megapixel cameras. So rather than improving overall camera resolution and using digital zoom, Apple has opted for a steampunk “dual camera” solution instead. ASUS just unveiled a 92 megapixel smartphone camera, so I was really hoping for the 20Mp iPhone camera the rumors were promising.”

” While I can’t claim to know everything about the X yet, based on what I do know, I personally see the X as a transition device. It looks like an awesome bit of kit, and I feel it is likely to be a taste of the iPhone 9 during the iPhone 8 generation.

The ultra Retina display is just what Apple needs to get into the VR/AR market, since, while the resolution of the iPhone 7 Plus is virtually indistinguishable from the higher resolution display on devices like Samsung’s Galaxy S7 during normal use, when it is a mere inch from your face, it will make a difference to the experience. With the resolution of the X, Apple will finally have something to work with in this area that can claim the power and resolution to be taken seriously.

I feel the features and specs of the X are pointing to where Apple wants to take its mobile line up. I expect the next iPhone will build on the X’s features and by then Apple will have gained some ground in the VR / AR market.

Couple this with the new iMac Pro finally addressing the lag in true pro devices and I expect the next MacBook Pros to follow, it seems like Apple are finally gaining some ground on their old reputation.

The reactions and opinions continue to pour in and we can only look forward to holding the phone in hand and ascertain whether it is worth all the hype or not.

However, we do believe that Apple does not disappoint.

PS: Apple iPhone 8 prices are going down, go grab one! 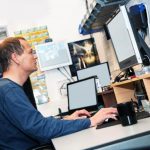 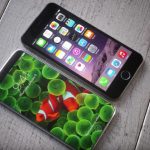