GoodWorkLabs in The Assam Tribune

CEO of GoodWorkLabs, Vishwas Mudagal on a recent visit to Guwahati spoke to The Assam Tribune (the biggest newspaper in North East) on how to give a push to the economy and IT sector in the North East. Excerpts below –

“Investors want proper infrastructure and investor-friendly atmosphere. But, the State Governments of the region have not been able to provide these to the investors so far,” Mudagal claimed.

The IT Expert, however, said that his company is willing to invest in the North East especially in the software and mobile applications. “We need to conduct a feasibility study on the North-east to carry forward our plans,” he informed. The Bangalore-based IT company has been providing IT solutions to several leading companies, including Samsung, Flipkart and Klub Hub.

Mudagal also appealed to the youth to start business by utilizing available resources. “The region has vast resources, so the younger generation should start business instead of Government’s jobs. But at the same time the banks and other financial institutions should also play a key role in extending their credit support to youth,” he observed. 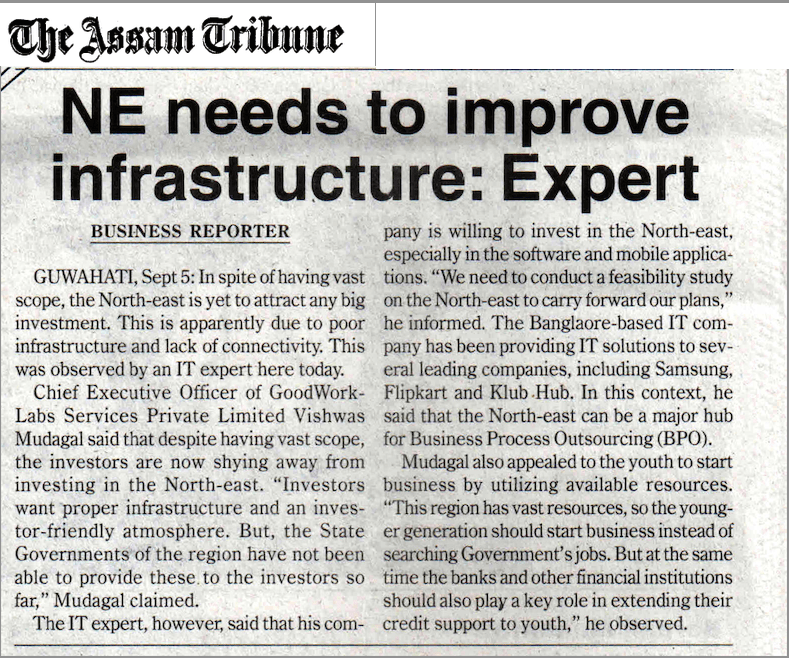