7 iOS Facts Everyone Should Know

With 18% market share and combined share of 99.6% with Android, Apple’s iOS is one of the most happening operating systems of the world. When it comes to using a mobile device, these are the two options users get to choose from. It’s true that Android has a considerable market share. But, we also can’t deny the significance of the iOS platform.

Every time there’s a new iOS device launch, mobile fanatics simply rush to buy it. If you happen to be amongst them, it’s time to breeze through some of lesser known, interesting, and unique facts about the iOS platform. Here we go!

Although everyone believes that Apple is the frontrunner in the IOS development arena, that isn’t the truth. Before the emergence of the iPhone, Cisco already patented this name. Cisco’s model was a VOIP one where one could call directly from Skype without using the desktop. After a few initial spats, both the companies came to a settlement and agreed to preserve the respective rights of their devices.

2. The emergence of App store

The app store is one of the revolutionary offerings by the IOS platform. Gamers and iPhone owners can download their favorite games from the app store. Most importantly, it helps users download games and apps legally.

We know the fierce rivalry between Apple and Samsung. However, Samsung happens to be the creator of iPhone’s smart chips. In spite of their existing rivalries, Apple doesn’t fail to offer this contract to Samsung. That’s indeed a unique revelation about the iOS platform.

Apple has transformed texting into a simple and easy way to communicate. Texting someone is much easier and more convenient than calling the person, and it’s all because of Apple and its iOS devices. Sending SMS is no longer a tough ordeal, and you will love doing it!

Are you aware of the sales figures recorded by iOS devices in 2011? Well, that will tell you a lot about its market price and value. According to market figures, a whopping 156 million devices have been bought by users. When compared to Mac PC sales, the operating system seems to be the clear winner. If you take a look at the sales figures of the past 28 years, you will come to know that Mac PCs lag way behind!

The iPhone seems to be one of the greatest mobile discoveries of all time. In the year 2007, this particular device was awarded the title of ‘invention of the year.’

Apple holds a whopping 200 patents for the iPhone. It’s like a multitude of functions integrated into a single device. The unique and innovative technology of this device makes it a revolutionary offering by the operating system.

These interesting facts speak a lot about the platform and its flagship device. So, now you know why the iPhone is so popular! 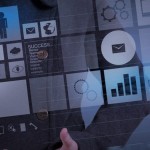 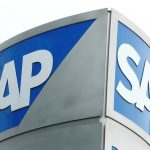