5 Ways IoT is helping the Environment

5 Ways IoT is helping Save the Environment

For several million years our ancestors used to be little monkey-like creatures covering and hiding the shadows from the titans that roamed this earth. Then those titans decided to give the little guy a break and presented us with the greatest gift of all ‘dying-off’. Of course, once they departed our rule began, but, we did not share the same sentiment as the dinosaurs about giving the little guy a break even if they are same species as you. So, we decided to take over the planet like no species ever has. In hindsight, it has not been going so well. We are running out of everything from air to heirs. In the not so distant future, we could witness a museum guide repeating the iconic line ‘Here behind the glass, that is a real blade of grass. Be careful as you pass! Move along! Move Along!’ However, there is hope yet, to avoid such a future given the efforts we are putting in to save our planet. Although that too has not been going so well. So it is time to kick the whole planet-saving thing into overdrive. In this article, we’ll explore how IoT could be leveraged to achieve this since it is the go-to solution for most things (at least in theory).

There used to be a time when people used to the adhere strictly to ‘if it ain’t broken, don’t fix it policy’. Today the motto seems to be ‘I upgrade therefore I am’. Of course, if this were applied to the refinement of though, the world would be a better place. Most devices today have a lifespan of more than a few months before a newer product hits the shelves. This creates a lot of e-waste as it is called. From cell phone batteries to tons of discarded plastic panels, there are a lot of affluents that pollute the soil and groundwater or take years to decompose. To combat this there have been many efforts to make full use of all the components of electronic devices at all times. With IoT, in the near future, electronic components can be salvaged, or refurbished to be put back into circulation without letting anything go to waste. Companies like IBM are already implementing this with their clients and reusing IT-equipment components for maintenance and spares.

We have spent our entire existence on this planet fulfilling the noble quest of wiping out every single species that our taste buds can’t accept or we can’t tame. And after over 50 millennia of unrelenting effort just as we were at the brink of complete success those meddling little animal rights activists starting butting in. So, for the past century, they have been trying to get what is left of wildlife to safety. Yet their efforts have only afforded so much success. For every species saved at least, 10 have gone extinct the past 100 years. Since the traditional approaches have not been working that well it’s time to put them on steroids, this time in the form of IoT.

Today scientists are able to track endangered species, their movements, their behavior pattern, the inherent threats that may be around them and so on. A good example of this IoT in action as a tracking and preservation tool can be observed in the successful preservation of the Iberian Lynx. The Spanish captive breeding center ‘La Olivilla’ used collars to track the Lynxes in their habitats and their behavior. They also use connected drones to monitor them as they watched over them from a safe distance so as to not disturb their natural behavior. Similar efforts are being undertaken to save Dugongs and Australian Bees.

Although several researchers, scientists and activists are trying to monitor various aspects of the environment including polluted water sources, volcanic activity, radioactivity and so on, there are limitations to their efforts. Even with protection, there are several areas and levels of toxicity that are unbearable for the human body. Here IoT serves as a vital tool. It allows for the effective use of drones and sensors that are capable of measuring and monitoring various unreachable places and collect data which can be used to warn people, save the afflicted as well as take preventive measures.

The use of IoT in farming has produced some great results for farmers. Through the use of connected automated irrigation systems, sensors, pesticide system and so on, we have been able to make the most out of every inch of land available. From soil condition monitoring to fertilizer management, there are a lot of advancements that have improved productivity as well as save space. Automation of irrigation systems will also facilitate the conservation of water and other resources. Smart Farming so far has had quite a positive impact on the environment.

The IoT Way of Combating Deforestation

Deforestation is an issue that requires constant monitoring and a lot of manpower to cover whatever is left of our forest life. The use of connected drones to this end have enabled forest protection agencies to monitor and get a detailed view of various areas. These drones are capable of providing detailed 3D images along with the diversity of vegetation found there, the soil content, nutrients and a myriad of other valuable data. In certain areas where the lumbering is illegal or regulated by strict government norms, trees are tagged and monitored using GPS and other tracking systems. Furthermore, trees that are cleared for cutting are tagged as such using special biometric systems and are tracked. Although at this point all forms of lumbering should be banned and instead a certain humble herb must be legalized again all over the world. That would be a win-win for both the environment and the creatures in it and most of the problems we face today would be gone. Because as Buddha realized in his 49-day penance ‘desire is the cause of all suffering’ and as Pink Floyd poetically it ‘encumbered forever by desire and ambition, there’s a hunger still unsatisfied.’ And we could all agree it is about time we gave up the pursuit of material wealth and yield. 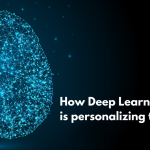 How Deep Learning is Personalizing the InternetMay 30, 2018
Could IoT be the Answer to Colonizing Other Planets?June 4, 2018 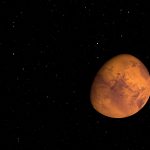