Pitching Couchbase against MongoDb – Who is the Winner?

Both Couchbase and MongoDB are document oriented databases which carry a document for their storage unit. It is not unknown fact that data rules pretty much in all that we do today. Everything is witnessed and stored in documents, both online and offline, soft copy and hard copy. And now we need some tools those are essential for the management of the data. This is where NoSQL database comes in to act as a backbone for taming the data.

With an increase in the use of technology, the demands for more facility increases, compelling every business to meet customer satisfaction. So, for the businesses dealing with data storage and its management, CouchBase and MongoDB are two of highly sought-after database service providers.

A comparison between the two is much needed for a better insight on which one to use for the greater benefit as a whole.

Couchbase: Couchbase server breaks the data to count it horizontally. It first spreads out the hash space to all the server in the community formed by the clustering of data. The placing of hash is later used to count it, which is determined by the key available in each document.

MongoDB: MongoDB uses the fragmenting method as it is entirely a document-based data model. Its key will lead you to the exact location of the document in the web of documents.  The difference here is that, MongoDB gives you the free will of choice for placing the fragment key; whereas, the Couchbase does the entire fragmenting itself without your intervention/choice.

Couchbase: Very impressive to note is the simple architecture of Couchbase, which efficiently performs all the write operations when applied to a large number of data centers without any breakdown, whatsoever. This directly shows its fluent performance and minimized or rare cases for inactivity.

MongoDB: Due to its architecture, sadly, MongoDB fails to meet your business expectation of assessing the workload when a large number of data centers are applied.

Couchbase: Couchbase is completely incorporated and organized within itself. It raises no action for the use of an external cache, at all. Its application is really easy to execute and has no complexities with multi-parts. A user can never lose his path somewhere between learning the adjustments!

MongoDB: MongoDB which cannot serve concurrent customers in its list of services, does need to add an external cache for assistance to serve the users. This not only costs more money but even raises complications while working. MongoDB needs a lot of physical attention of its user, as well as a number of needful added arrangements.

From the above given comparison, it is evident to see that Couchbase narrowly edges MongoDB and comes out a winner of this comparison. It is hard not to appreciate the user-friendly built and easy to execute usage of it. Couchbase, for its simple format and subtle structure, is easy to deploy because tasks like installation, configuration, and records management pretty simplified. 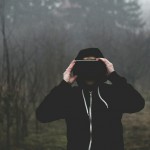 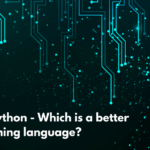