Java and Python are two of most popular and powerful programming languages of present time. Beginner programmers are often confused about choosing the right one. Since we are a premier Java developing firm, our opinion is slightly leaned towards Java.

Although, hey! We love python too.

No matter how good a language is, it wouldn’t survive if there is no community to support. Java has a strong community who is ready to help throughout your career. I think its the reason why stackoverflow has the largest number of answers on java.

If a programmer wants to learn a new language or an organization wants to use a technology, cost matters. This is why java achieved much popularity.

Java is backed with a number of open source libraries that helps the developers to reduce their development time as well the lines of code. Some of these libraries are

One can choose from several of the Development tools (IDE) that are available for java.

The main reason of Java’s popularity in the 1990s was the idea of platform independence.  Its tagline “write once run anywhere” attracted many developments into java. Most of the Java applications are developed in Windows environment and run in UNIX platform.

Developing OOPS application is much easier, and it also helps to keep system modular, flexible and extensible.

1. Python requires no “set up.” A full python environment is already on every Linux machine, and on Macs. On Linux, the program yum, or the Yellowdog Updater, Modified is written in python, so python is here to stay. Java requires a substantial amount of setup. So if you want to get started with python programming, just type python at the prompt. To start with Java, call someone who knows it.

2. The systems written in Java that we have purchased all suffer from the need to have particular versions of Java installed, and thick clients of these systems also have that requirement. Support of Java appears to be expensive. We do not yet have a similar number of python systems, but no one is expecting configuration management to be an issue with them. From an educational standpoint, this sounds like a good way to become frustrated.

3. Python has its own idiosyncrasies. In Java, every object must be a representation of some class, but in python the “variables” are of a unique flavor. Variables do not represent objects [cf. object: something in memory that has an address] nor are they pointers, nor are they references. It is best to think of them as temporary “names” for an underlying reality, much like the Allegory of the Cave in The Republic (Plato). From a learning standpoint, this may be more difficult for those of us with 35 years of experience than it is for those first taking up programming.

4. A number of companies are stuck with a great deal of legacy code written in Python 2. Consequently, Python suffers from a misconception about how strict or loose the typing system may be, and how strictly it may be enforced. Keep in mind that because Python mainly works with “names” of objects, we are really not discussing the same thing when we discuss types of Python’s objects that we are discussing in other languages. Python does offer some rather seamless type conversions that can make it seem that the concept of types is less strict than it is in fact. Learning Python 3 first makes sense, but most of the employment is still in Python

5. Compared with Java, python is terse. Personally, the growing amount of arthritis in our hands welcomes this feature. In truth, my C++ code was frequently criticized for its overuse of operator overloading and the ternary operator. This may not make it a good learning experience, because for many people learning comes more easily when the material is spelt out.

Pitching Couchbase against MongoDb - Who is the Winner?November 16, 2017
4 Ways Cognitive Computing is Changing the WorldNovember 17, 2017 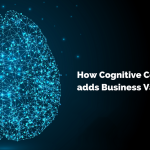