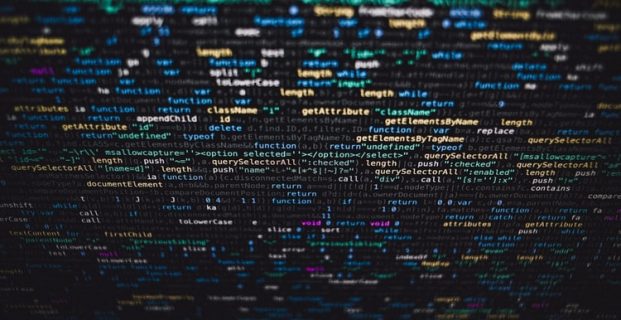 Due to the increase in mobile application growth, a significant change has taken place in our daily habits and browsing activities. Almost 44.3% of software engineers use angular to create interactive and intuitive UIs, according to proven statistics. This traction is enjoyed by this combination because of the benefits of AngularJS and Ionic and the synergy offered.

These days, the creation of cross-platform apps is pretty much in the talks.

AngularJS and Ionic are considered to be the winning combinations throughout the globe to create mobile applications. Previously there was the internet, and now mobile applications have become the only explanation why our working habits and surfing preferences have changed.

Developers go all the guns and make the most of cutting-edge technologies, frameworks, and networks to build mobile apps that are incredibly useful and high-end without much trouble.

In our daily habits and browsing practices, a significant transformation has taken place, all due to the rise in the production of mobile apps. As a consequence, there are many state-of-the-art tools, frameworks, and platforms to ease developers ‘ tasks.

It turns out that AngularJS and Ionic are one of the best tools to create mobile apps across all major platforms and since most of today’s apps are data-driven, using a platform built from the ground up to solve this problem makes sense. Let’s try to understand the benefits of AngularJS and Ionic in-depth:

The programming platform for open-source HTML5 is predominantly used to create hybrid mobile applications. Such applications deliver a variety of benefits compared to native apps, such as increasing development speed and promoting the platform.

It also manages user UI interactions with the backup and beautiful layout of native mobile components. Ionic also focuses on UI experiences and an app’s look and feel.

Ionic also provides a light theme and a dark theme for mobile applications with an elegant and practical user interface. Some of Ionic’s exciting features are the best typography, mobile elements, an extensible base design, and immersive paradigms.

Some of the best reasons why people prefer Angular so much are to communicate with backend web services and external data sources. This is also another best benefits of AngularJS and Ionic.

Beyond that, the system is available with some of the most mature and state-of-the-art software development practices. In reality, creating a mobile app with Angular will inevitably lead to highly efficient and reliable software that will increase as you stack on the apps.

One of the main reasons why not look beyond these frameworks is that both serve as an all-in-one tool when combined to create the new and most extensive iteration of your project.

Launched in 2009, Angular seems to have grown in terms of popularity, and the Javascript framework has been widely used to date. Simplicity and developmental ease were a few factors that made it reasonably necessary.

Although Ionic, on the other hand, is known primarily for its component-based architecture, software reusability, and beautiful user interface.

With multiple web development languages, including CSS, HTML5, and JavaScript; Ionic appears to have received a lot of reactions in no time.

Further benefits those can be gained by using the winning combination of AngularJS and Ionic are mentioned below:

One application many platforms:-

Many experts will discover new ways to create immersive and flexible mobile apps for excellent user experience with the advent of modern technology.

Over 4 million developers around the globe have been using Ionic to create over 2 million apps so far. More specifically, it is believed to be one of the most robust SDK available for the application platform for HTML5 mobile apps.

This, in turn, provides a variety of advantages compared to native apps. Ionic also provides a complete library of optimized mobile HTML, JS and CSS tools and modules, built-in SaaS, and AngularJs optimization.

Code writing is automatically minimized to multiple platforms. It means that a single app can run on all mobile platforms from Android to Windows, iOS, and so on.

Over the years, data binding has been popular among developer circles around the world. Three-way data binding essentially means that the UI will also refresh once the software template is updated.

Another best benefits of AngularJS and Ionic when Angular and Ionic working together; the model is automatically updated to suit whenever the UI is changed. Three-way data binding is called the linking of two-way data.

In Three-way data linking, not only you will be able to synchronize UI and in-memory data, but will also be able to sync data without backend services in a trouble-free way.

If you take input from a user and try to process it, save it to the server and keep the UI in Sync; this is one of Angular’s easy things to do. You’ll find Angular data-binding from a jQuery or native iOS/Android background to be a huge time saver for mobile development.

Mobile app developers can keep their views (UI), data model, and system logic separate by combining Ionic and AngularJS. It also means that on multiple platforms, you can reuse the web application logic while still enabling you to customize the UI for each platform.

Earlier, when it came to targeting laptops, tablets, and mobile users, the only choice was to build a separate desktop website and create an iOS or Android app.

Hold the application’s features (in controllers) apart from the way the application looks today. App development is not risky, expensive, and time-consuming, and risky.

Did you find the word Dependency Injection (DI)? Developers can easily pull parts of your code from anywhere by using the definition.

One downside of this is how convenient it becomes for testing to mock part of your code, the best way to substitute a real element that fakes the feature for testing purposes.

After all, any time you want to make a change in the app, there is no time to waste on setting up and debugging a complete physical environment.

Ionic is an SDK front end based on AngularJS, which is the most popular library for JavaScript.It also enables the incorporation of products like push notifications and analytics as a network.

One Application for Many Platforms:-

Although iOS and Android continue to be the two most lucrative platforms for mobile applications, the other platforms, notably BlackBerry and Windows Phone, cannot be entirely written off either.

A hybrid is a logical option for business applications, particularly in businesses with BYOD policies. JQuery Mobile is Ionic’s predecessor and can still be created.

Nevertheless, for its simplicity and robust development forum, Ionic has picked up the pace that has often added new features and helped the project expand.

There is very little that Ionic doesn’t love–it’s perfect for UI, debugging, efficiency, and building. The system has hundreds of modules and configurations are expanded.

The product reliability is outstanding, and the interaction between the components is smooth. The application layout depends on the device with the new version, and Ionic follows specific guidelines for element display from individual platforms.

It also provides detailed descriptions of the conversion, styling, and other platform-specific actions. Developers can overwrite particular types, transformations, or behaviors using $ionicConfigProvider.

With features that are implemented naturally as native apps on a standard base code, it offers excellent support and comprehensive possibilities.

For the production of hybrid applications, many mobile app designers would complain about the effort needed to create icons and splash screens. It is important to consider individual parameters such as height, length, weight, system, and a host of other things.

Numerous splash screens and icons will have to be produced to do full justice. On Ionic, you need to build two files in the asset folder –.psd,.aior.png, define the model, and you are done.

Performance of the Ionic Applications:-

Typically, hybrid applications are not known for their efficiency. Nevertheless, Ionic has configured UI components for platform-wide performance with embedded Crosswalk in the CLI.

With its JavaScript base, the Ionic framework allows app developers greater access to multiple platforms without losing performance.

And, for now, that’s all! Know the best of both worlds by taking advantage of using Angular and Ionic winning combinations for mobile app growth.

So, what are you waiting for? Visit us today at GoodWorkLabs and let us assist you on how to make the most of this opportunity.