Imagine a city that has a nearly zero carbon footprint. It uses analytics to determine the best routes for electric mass transit systems, reducing traffic and carbon dioxide emissions.

Crime is low due to gunshot detection systems and facial recognition systems.

Large data sets and advanced analytics are used to deter criminals and help law enforcement patrol areas statistically most likely to have problems particular times of day or after certain events. 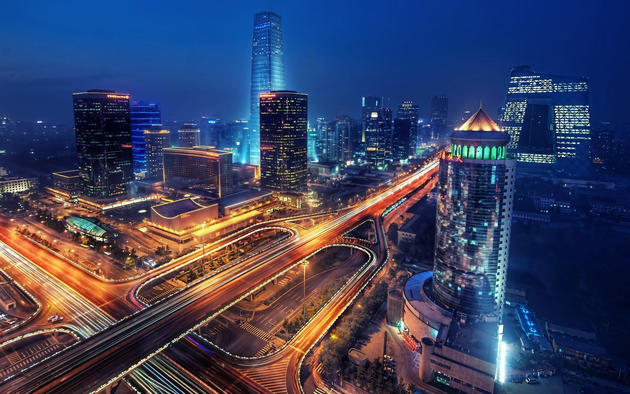 Utilities such as water, waste removal and electricity are administered efficiently, maximizing the cities resources and reducing costs to end users. Wireless network access blankets the city and works seamlessly as you move about your day.

If you need a permit, request records or interact with the government, it happens electronically and instantly. No more waiting in line, no more dealing with flash, flash, hundred yard dash.

It sounds lovely I’m sure. The vision for “Smart Cities” is something like the above depending on who you talk to. But what is a smart city and is the future it promises achievable?

A smart city, in short, uses networked devices and data analytics to harness the power of the “IoT” and “Big Data” in order to improve the lives of people who live in heavily populated cities.

Smart cities are important to the growth of the human race. As the population of those who live in urban environments explodes, the need for good planning and infrastructure is going to become critical. The world’s urban population has grown from 746 million in 1950 to 3.9 billion by 2014.

The term ‘smart cities’ has been increasingly used over the last few years and recently more-so than ever before. With a multitude of next generation wireless technologies such as Li-Fi, 5G, LoRa and network slicing being developed alongside the emergence of IoT (Internet of Things) our experience of large towns and cities is set to be enhanced considerably.

It’s very important that these wireless technologies are developed quickly to provide the infrastructure for so many of the proposed aspects of smart cities, such as connected cars, water-systems and transport systems.

The issue that developers currently face is the existing mobile and wireless infrastructure. 3G and 4G came before the real inception of IoT and smart devices so they lag behind considerably with the technologies required to support such a complex network.

In order to cater for the devices that make up for the anticipated $1.7 trillion spend that consumers will have made by 2020, network operators are going to need to improve their infrastructure.

This poses the question, what technologies are being proposed to cater for requirements of smart cities?

Network slicing is the process whereby network operators will be able to divide or ‘slice’ their networks depending on the requirements of its users.

On the other hand, things like cloud based services will be reliant on fast data rates, but not necessarily need low latency. This is where network slicing comes in. It will allow providers to “slice up” their 5G networks to meet the different requirements of different services.

Li-Fi gets its name from its similarity to Wi-Fi, only it uses visible light rather than radio waves to connect to devices. Due to its nature, it can reach staggering speeds of up to 224 gigbits per second. Something that will be very useful within a high-speed, high-demand network.

One of the most obvious benefits of Li-Fi will be its ability to connect places where Wi-Fi can’t. It uses LED (Light-emitting diode) bulbs to bring very fast and reliable connectivity to users within its proximity.

As we move towards smart cities, millions of low power sensors will replace wide area networks and connect to provide connectivity and interconnectivity for users moving within that space.

This is where LoRa comes in.

LoRa is a low power, low range wireless network platform which is secure, highly available and highly reliable. It has been developed specifically with IoT and smart cities in mind. Importantly, it is configured to work on multiple frequencies within the free radio spectrum, which allows for applications across very wide geographical areas and connecting both indoors and outdoors.

LoRa’s most compelling opportunity lies in its ability to connect and manage cities own sub-systems such as waste-management, agriculture, parking, lighting etc. By connecting simultaneously, it will provide the platform for easy, comprehensive management.

There is no denying smart cities will be a reality very soon and the 5G technologies behind them are sure to include an array of sophisticated technologies that will enhance and add to our existing infrastructure. When this will be fully operational across the world’s major towns and cities is unclear, but Li-Fi, LoRa and network slicing are sure to provide the foundations of the fast-approaching 5G future. 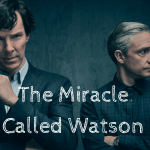 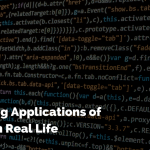