If you haven’t heard the name Google then you are definitely from another planet. Today Google is synonymous with the word “search”. Nowadays, plenty of people say “Google it” instead of “search it”. For a majority of the people, no other product or service is as important as Google. Founded in the year 1998 by Larry Page and Sergey Brin, it has rapidly evolved from a simple search engine at Stanford to a modern technological giant.

Today it is working on multiple products and services including driverless cars and providing internet by floating balloons in the sky. On the cusp of its 19th anniversary, we provide you some interesting milestones of Google.

Google establishes its monopoly by becoming the world’s largest search engine with an indexes capacity of around a billion. It dethrones the current reigning champion of search engines “Yahoo” from the top spot.

Most people think that Gmail was launched with Google, but the truth is it was launched six years later in March 2004. Initially the service was invitation only as the release was a beta one. The general public had to wait another 3 years to experience its advanced features. Currently Gmail is the leader in email space while the followers are lagging way far behind. 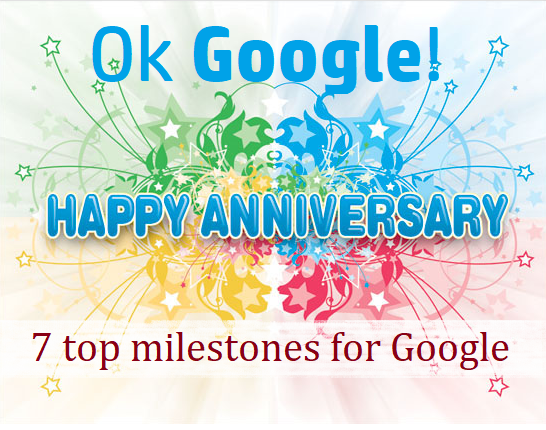 The year 2005 was a major milestone for Google as it released multiple products and services that proved to be a blockbuster in the coming years. The Landmark year had seen the release of Google Maps. With the help of Google Maps you can visit any part of the planet and be sure that you won’t get lost. It has made travelling fun and an exhilarating experience. Other products also launched in the same year were Google Earth, Talk and Video. It also purchased technology company Urchin which helped to create Google Analytics.

“Android” the word synonymous with Smartphones today, was purchased by Google. Based on the Linux operating system it was basically designed for the touch screen devices. Today the majority of Smartphones and tablets have android as their operating system.

Today most of us think YouTube as a product created by Google. But the truth is, it was purchased by Google in the year 2008. From then to now the video sharing site has seen enormous growth. Today it’s the biggest platform for video sharing leaving its competitors way far behind.

Although there were many innovations and launches of products between 2008 and 2012, the launch of the Google Play store was the biggest significant event by Google in 2012. The play store has millions of apps in various categories such as games, education, entertainment, healthcare etc. It is single handedly responsible for more than a billion download of apps and installs.

The year 2016 saw the launch of the smart messaging app “Allo” by Google. People were waiting for a messaging app from Google and it delivered on it. The app provides customizable emojis, stickers and doodles to make the chat interesting.

If we would put the whole list of products and services launched and offered by Google it would take plenty of pages to fill, as the innovation factory at Google continues to create exciting products year after year.

Got any other interesting Google milestone worth knowing about? Then share your views and let us know. 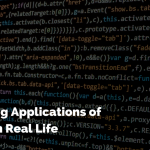 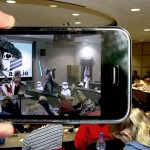