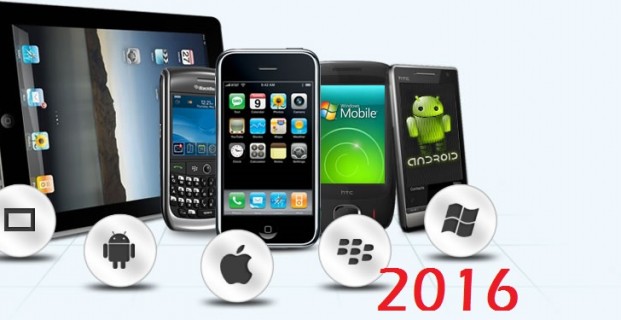 The mobile app developers are maturing with experience in devising higher number of useful mobile applications in 2016. With IoT, Cloud computing, wearable devices creating a buzz in 2016 the Mobile App Development trends also reflect some of these latest revolutionary impacts like the launch of IoT mobile apps for connected cars. The mobile apps are also converging with the cloud technology in 2016 hence, are becoming bigger and better. Some interesting trends in 2016 in mobile development are worth noting.

The mobile Smartphone devices are absolutely the most used interfaces for web and overtaking desktop surfing by leaps and bounds. A research further suggests that the apps being faster and more convenient than the mobile websites are mushrooming on the web in higher numbers.80% of time spent on web is for shopping and surfing time is via Smartphone apps. The apps are first thing which are used for personalized jobs like hiring a taxi and ordering food. Hence, the enterprises have no option but to remain in line with the trend. They need to aggressively focus their marketing by developing their enterprise apps to witness a good lift in the bottom-line in 2016 and also remain competitive.

Elimination of the weak security problems in the Mobile App Development are the focus plans of most mobile app developers in 2016. The ecommerce stores are paying more attention to the security of their apps to prevent the leakage of the important details fed by their customers. Beefing up stricter security protocols is the agenda in 2016.

The cloud computing in apps is gaining ground in 2016. This technology is conferring a number of benefits. The app users are now able to sync their apps with a number of smart devices. Both large and small apps can conveniently manage the speed, security and other functional issues in the cloud.

4.     Increasing number of wearable apps on the Smartphone

The ever-growing trend of wearable technology has made the developers busy in making the multifunctional wearable apps. These apps make the wearable Smartwatches or smart glasses interesting gadgets.

The connected cars are ultimate fascinating IoT developments in 2016. The apps of advanced technology are being made in 2016 for this IoT. The apps of connection of cars basically sought connection with the traffic signals. This helps the users to know in advance the traffic ahead, or any kind of car mishaps which are creating the traffic besides knowing the directions and alternative routes.

The progressive web applications of 2016 are also featuring an option to work offline on apps. Also, integrating intelligent personal assistant feature in the apps is on the schedule for the year 2016. This includes making the mobile apps use voice commands given by the users to perform the task. This step towards gaining more convenience while driving, bathing is definitely what the customers can look forward in 2016 and beyond.