Apple recently announced an update for its OS X. The updated OS will be called OS X El Capitan and is expected to provide a richer experience than its previous version of OS X (Yosemite). The first improvement that the company has promised with this update is speed. It claims to reduce app switching times to half of what they are now, and apps will open up 40 % quicker than in Yosemite. 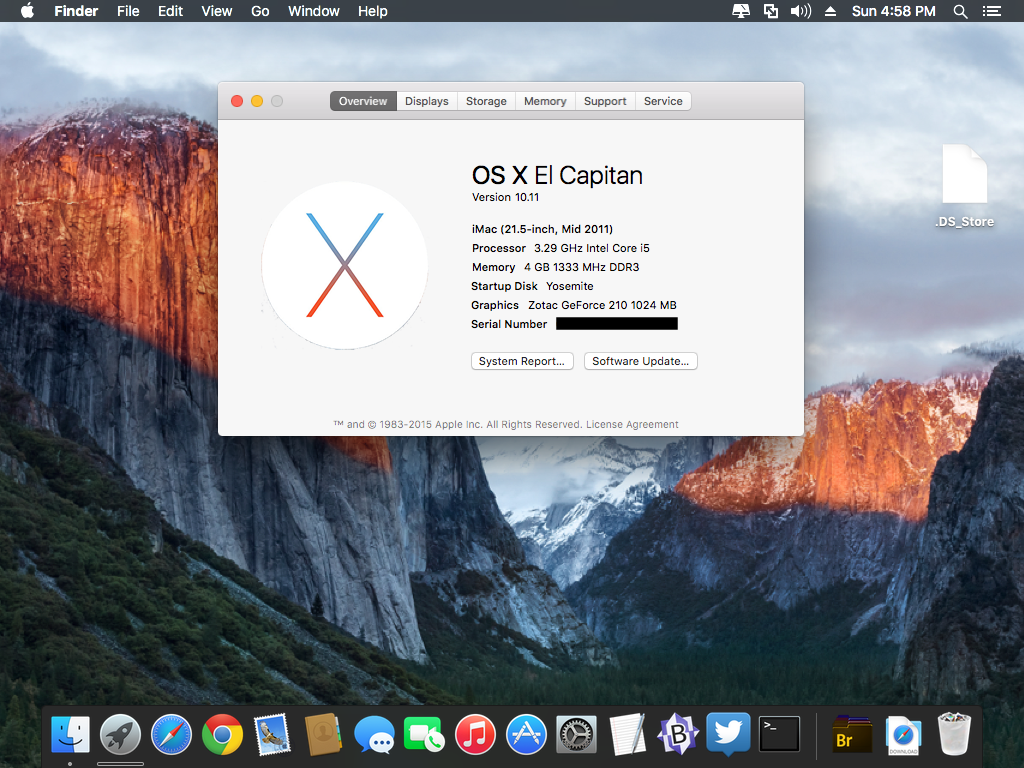 The most notable change is the addition of split view. This is the first time Mac OS X has been equipped with this feature. Till now, Windows and Android had an upper hand with its split screen feature that lets you operate two apps simultaneously. You can now do the same on your Mac PC and also decide the amount of screen space the two apps share. This feature will be really helpful for people who work on certain projects that require you to note down certain points from the browser.

Apple has opted for a new graphics technology and has named it Metal. It lets the apps connect with the graphics unit directly, which gives better rendering and seamless animations. Gaming enthusiasts and people relying on other heavy graphics app will love this feature as it gets the system to process functions quicker than the previous version.

Safari browser gets ample visual and technical changes. The company has introduced atab-pinning feature that is similar to the one on Google Chrome, and it will notify you about tabs with automatic audio playback.

“Public Transit” feature has been added in maps but is limited to select metropolitan cities only. It calculates time consumed by public transport vehicles to travel from point A to B and the transit also includes trains.

El Capitan has been equipped with a new font system named “San Francisco”. The system is similar to that of Apple watch, and a new Chinese system has been added to it.

This has also received a major overhaul from the company. You can now include stock updates, weather and sports updates in the spotlight. Apple now also lets you resize it, but the major drawback is the absence of Siri on it.

The app has received an upgrade in the form of flexibility. You can now easily drag photos, videos and other files in the app along with the option to create a checklist. Notes app has been made similar to the one on iOS 9. Also, you can store all your data on Notes through iCloud.

You can simultaneously interact with two mailing addresses. It also gives you the option to add a contact by simply clicking on the Add button. Drag and drop feature has also been introduced which will save you from the cumbersome copy paste routine.

Do let us know which is your favorite OS update amongst these.