Nanotechnology was once so hyped and we cannot help compare it with what is happening with AI now. There are so many things that nano can do, but renaming projects to nano just to get funding was what happened among companies in 2000–2005.

There is an explanation for this. It can be understood using the hype curve. It works according to Amara’s Law, which is a computer saying ,stating:

The General Curve is as shown below:

According to the Gartner Hype cycle for Artificial Intelligence 2017, AI is at the peak of Inflated Expectations so we can now expect negative publicity marking the stage of Trough of Disillusionment.

Artificial Intelligence first began in 1950 when the English Mathematician Alan Turing published a paper entitled “Computing Machinery and Intelligence”. But, the Technology trigger happened only over the last decade. We are in the stage where the mass media hype where “Data Science is the way to go”. The expectations are tremendous and we are talking about Robots being given citizenship which is good in some sense and scary as well. Andrew Ngvery recently gave a talk on how we have to move more talent to where it is most needed by training them. This shows how we are moving forward with this AI technology.

With Nanotechnology, the hype index shot very high and peaked mid 2002. It was the Data Science equivalent back then. You’d want to work there. The news was so full of Carbon Nano tubes and how the future was going to change. The news articles at that time went on and on about the miraculous properties of nano materials. But do we talk about it today? We read about it sometimes in the newspapers. That is it.

Nanotech in the mid 2002 was promising and the career prospects were great. But, an analysis showed that it could not live up to its hype because of time. It all comes down to this, doesn’t it?

As early as in 2008, we got books on the hype of Nano tech “Nano-hype: The Truth Behind the Nanotechnology Buzz”

In 2017, we hardly hear about it but some real work is going on. Nano tech is now in the plateau of productivity. Lithium Ion batteries and startups focus (MIT’s 30 under 30 has so many people working on Nano tech and not just Data Science) on this now better but ironically they lack funding because the hype now is data science and investors run towards the hype. Nobody can help this.

When CFC was first invented and its refrigeration properties were identified in discovered in 1928 by Thomas Midgley, he was in search of non toxic alternatives to the existing refrigerants during that time namely Ammonia and Sulfur dioxide. It caught the media and every single refrigerator used it until they found out that it destroyed the ozone layer in 1970. For thirty years no one knew the detrimental effects it had on the environment. And Funny enough it has appeared in the 30 worst discoveries by the leading TIME magazine. Now, it has been banned and we are trying to solve the problem created by the previous solution.

From the above analysis, few points are to be noted:

The Prominent people like Balaji Viswanathan CEO of Invento who does ML for his bots uses it, Andrew Ng Sees the need to teach it, Adam D’Angelo believes in it. The other CS giants know it. And I, a mechanical Engineering student, am contemplating about this and making sense of it.

4 Mistakes To Avoid When Using RedisNovember 9, 2017
5 Advantages Of Apache CassandraNovember 10, 2017 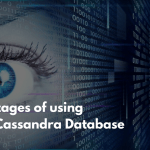