The Past, Present, and Future of BlockChain Technology

What is the Future of Blockchain Technology?

Are you looking for an explanation on what is the blockchain and how it emerged to be the greatest technology known to mankind?

The blockchain is an append-only decentralized transaction ledger. This ledger consists of linked transaction batches called blocks and an identical copy of the same is stored on several computers that together make up the bitcoin network. 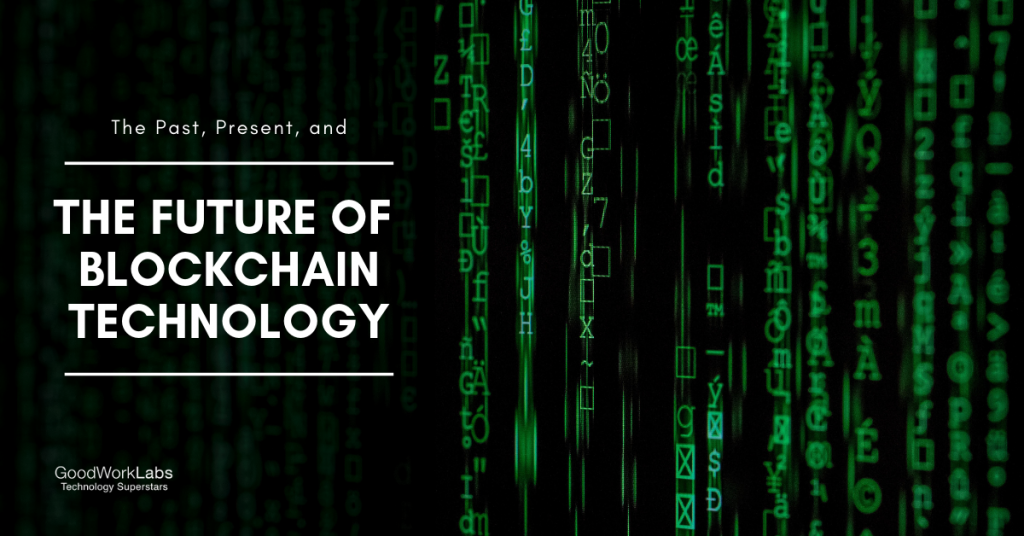 You might be curious to learn when Blockchain originated. The original Bitcoin software was floated in January 2009 in the public domain. That time it was an open source code which could be examined and reused by anyone.

The idea of using Bitcoin other than for currency purposes floated later in the market. Namecoin was the first project for repurposing Bitcoin. It was a system which registered ‘.bit’ domain names. This is an interesting story.

Namecoin venture devised a solution to this problem by essentializing a private encryption key to make changes to the records. The .bit domain registrations are stored in blockchain and now the censorship is not that easy anymore.

Initial coin offering is a controversial fundraising practice in which the creators of digital currency sell a certain amount of currency before they have finished the software. This practice provides funds to the developer to finish the software and the underlying technology with an early investment by the investors.

The reason why this practice is controversial is that this practice operates beyond the ambit of regulatory frameworks which are meant to protect the investors. Ethereum has raised funds following this practice in the past.

Blockchain: A brief journey till today

Here is a draft of events till date for your perusal. Ethereum landed a paper outlining in the market which stated that from now on coders can create their own blockchain-based software without starting from scratch and also without relying on the original Bitcoin software.

In the year 2015, ‘smart contracts’, a software application which can enforce any agreement without human involvement barged the market. This application has been used to place bets on interesting outcomes like the weather, which political party will win the election and so on. The process is very simple. Two gambling partners can place their bets on any given subject and then send some digital currency which will be held in escrow by the software. The next day, the software will check for results and send money to the winner.

Another historical event is when some of the well known financial institutions like the Bank of England and JP Morgan announced in 2015 that they would adopt an open source blockchain software called Hyperledger.

The blockchain is also used in the security market to make the trades more efficient and secure. In 2015, Nasdaq OMX, the owner company of Nasdaq stock exchange started allowing private companies to apply blockchain in managing their share portfolio.

The Future of Blockchain

Also, the immutable record is a fascinating concept but as a society, we are not prepared for this level of transparency and records to be permanent forever.

The Blockchain technology will take a considerable amount of time to catch on and become useful in routine. Eventually, it will be used in lots of places.

In the future, many tasks will be automated which are now handled manually by lawyers and other professionals. Like your will can be stored in a blockchain and with a smart contract, in the event of your death, your estate is directly transferred to your heirs.

Also, it is completely possible that the future of Blockchain turns out to be completely different from expected. Some of the industries including Finance industry are working on the concept of private blockchains for several purposes like maintaining vendor records, employee records, and regulatory records. In this way, human intervention will be minimized to a great extent.

The fact that anyone can run Ethereum or bitcoin software on his computer has opened the possibilities of innovation that we can’t think of right now. The future is still bright for this technology.

We, at GoodWorkLabs, are a team of finest Blockchain developers who could assist you in your upcoming Blockchain projects. We work closely with the client to understand their requirements to its core and then smartly knit the development task around it.

If you have a Blockchain project in mind, let’s discuss! 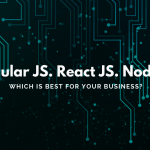 ReactJS vs AngularJS vs NodeJS: Which is the best Javascript framework?October 29, 2018
How to choose the right Machine Learning Algorithm?November 2, 2018