How Big Data is Revolutionizing the Entertainment Industry

How Big Data is Revolutionizing the Entertainment Industry

Entertainment has become a necessity of life for us. We constantly yearn for that shot of endorphins we get from entertainment materials. And there are enough shows and content today to keep us engaged for every moment of the rest of lives. So no matter which war breaks out or what strategic attack may be launched against us, one thing we can be sure of is that no one is going to die of boredom in the near foreseeable future. The internet and the rise of online streaming platforms have paved way for a new golden age of Television. Production House originals have been selling like hot cakes. It may come as a surprise, but, there is a good possibility that old reliable T.V. could be permanently replaced by the modern marvels of the internet.

Today platforms such as Amazon Prime, Netflix and Hotstar have been growing at an alarming rate. These platforms are both proliferating into the global market as well as evolving in terms of technology. One of the biggest disruptors for this sudden growth is Big Data. To begin looking at what big data has been doing in the entertainment industry we need to first have a look at one of the earliest examples of online mainstream entertainment-youtube.

Where it all Started

Online Entertainment as we perceive it today was born on Valentine’s day in 2005 when YouTube came to be. Thus started the online journey of mass-produced entertainment. Youtube has always been a free forum for every Tom, Dick, and Harry to upload whatever they deemed fit to be called entertainment. Yet, the amount popularity it has amassed is astounding. It is so far reaching that some YouTubers could easily buy and sell several actors, musicians, and entertainers who have been around since the 70s. The key here is audience engagement and Big Data is the magic tool that facilitates this. Big Data offers valuable insights into audience’s temperaments and their preferences which can further be used to create strategize content creation. From marketing strategy to create the content itself, there are a lot of aspects that are influenced deeply by Big Data.

What is Data Analytics?

If you are a YouTuber, a vlogger, a blogger or have anything to do with marketing, you would be quite familiar with this term. For any kind of marketing, understanding the audience’s disposition is quite essential. In the case of visual media, in today’s context, the content itself is considered a marketed product and the idea is to ensure that maximum exposure is achieved for videos, shows, and movies. There are several levels at which these marketing strategies work. Data Analytics offers a lot of vital information pertaining to the target demographic, their preferences, for creative content, various products, services and so on. This analyzed data can then be leveraged to create marketing strategies, create ads, and even create the content itself for T.V. shows, videos and so on. Considering today’s population, this is mandatory because the idea as with everything today is to maximize proliferation. So let us have a look at how Big data influences the entertainment industry.

Long gone are the days of 3-second radio jingles. The modern media industry is host to an audience of over 7 billion and given the competition within the industry, a strong placement strategy is prudent. Usually, the length and the frequency of ads play a huge role in the advertising. However for advertisers today the main focus is the time when their particular audience view content on a particular platform. Analytics provides them with accurate data on where their target audience go for a majority of their entertainment needs, what programmes they like to watch and what time they log on to those. Furthermore, data from their habits of skipping ads and such can be used to determine what aspects of advertisements put them off and how they can be rectified. In short Big Data has reduced the number of guesswork advertisers usually have to put themselves through to understand the consumer.

Big Data also offers a breakdown of viewers’ viewing habits such as how long people like to view ads, how long they watch shows for, what kind of content they skip and so on. Other statistical data such as age group of the audience on different multimedia platforms and devices used are also acquired through big data. YouTube is a good example of this technology is leveraged to understand the audience produce content that appeals to them. Naturally, this has been quite a boon for YouTube creators and they have managed to achieve the success that many mainstream shows have failed to in recent years.

Online channels like Netflix and Amazon Prime also have had a huge advantage from using big data. Much like YouTube these also depend a lot on behavior prediction. However, their processes are much more comprehensive and directly dictate the production and retention of shows. Netflix uses viewer retention data for each show and uses it to decide whether or not to renew a show after each season and if they did the budget they will be allocating. This same method is applied before starting a new show.

A concept that has been growing in popularity in recent years is Live Streaming of content on social media and mass media platforms. Platforms like twitch have allowed for online content creators to connect with their audience in real time while they are broadcasting. These streams have proven to be quite effective opportunities for advertisers to place their products. Analytics has been used to predict the most optimal period to stream with the most viewers as well as what kind of products would connect the most with viewers.

There is no doubt that Big Data has had a huge impact on entertainment and advertising. Data analytics has allowed independent content creators across the world to publish their content for the entire world to view and make substantial monetary gains often rivaling mainstream production houses. These tactics have also created wonders for T.V. show and movie producers who have been able to understand their target audience on a deep level. The marketing and advertising opportunities that have evolved therein have allowed for a revival of the quality Television Programming era which was just over a decade ago on the brink of fading away. All we need to do now is sit back, relax, enjoy the show and look to the horizon for the new wonders that the entertainment industry might throw our way. 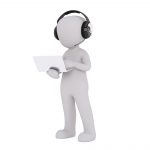 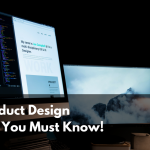