Ruby is a widely popular programming language deployed in applications ranging from Simulations, robotics, 3D modeling, to web applications and business security. For beginners, the best way to learn Ruby on Rails is to go through the various free and paid resources and tutorials, community support, instructor guided courses and several reference tools available on the internet. Here’s a list of the top 8 Ruby resources that every developer should look into.

Treehouse is an active community of developers that beginners can use to learn the web design fundamentals, Ruby development foundations and also create some basic Ruby applications. The resource is equipped with video tutorials supported by a browser integrated text editor. This forum is suitable for students at all experience levels. Treehouse resources are also available on iPad and native iOS apps. This is a paid resource that will cost you between $25 and $49 per month.

Code School integrates interesting 80’s arcade and Zombie themed courses for Ruby and Ruby on Rails. Each of the course chapter comes as video and slide presentation that seek to breakdown the language in comprehensive tutorials. Learners can try out the interactive challenges and the free orientation courses like “Try Ruby” and “Rails for Zombies”. Code School registration costs $29 per month.

Highly popular among students of Ruby, Codecademy is perfect for anyone looking to get introduced into the language. The course consists of several hours of interactive material that helps develop a solid understanding of Ruby foundation, thus helping in exploring the language. When you think to have progressed enough, you can even check out some of the Ruby API tutorials and learn how to connect your applications with Twitter, Twilio, Box, WePay, SendGrid, Ordr.in, easypost, 23andMe and Mashape. Codecademy is available free of cost.

A test based and highly interactive walkthrough for Ruby, Codelearn’s interface is split into columns that mimic the real time workflow process between file browsers, terminals, app output, and code editor. Codelearn has been deemed to be one of the safest ways to learn Ruby on Rails before you begin with the root folder.

RubyMonk integrates several interactive lessons to guide learners towards Ruby development basics. You are required to solve problem sets (they get harder as you progress), with the help of The Master! RubyMonk is a free resource.

A great choice for someone who can afford to pay $500 per month, Thinkful will let you work with a one-on-one mentor who guides you throughout the learning process. You can use this resource to be able to build applications from scratch and even come up with a job-ready portfolio. Another advantage with Thinkful is that you code alongside other passionate developers in the industry and collaborate with them on their projects.

RailsCasts is as old as the language Ruby itself and helps learners in a modular fashion. It integrates more than 400 screencast episodes by Ryan Bates, the master programmer. RailsCasts is available both as a free version and a paid version costing $9 per month.

Bizarre but effective, this guide is an entertaining way to learn Ruby programming. The book is also considered to be the root of several jokes popular in the Ruby community. Program with a soundtrack! 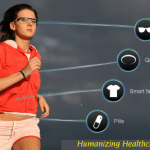