5 Augmented Reality Games We All Should Play

The Best Of AR Gaming

Augmented Reality has taken over the world already and in the coming days is slated to be even bigger and better. Be it gaming, eCommerce or real estate, AR is going to be the big game changer.

We believe we should start experiencing it from now itself and hence we chose to bring you the best 4 Augmented Reality games in the market now.

This augmented reality game combines geolocation features of AR technology with fun social quests where people can leave hidden messages to one another. Users take a picture of a real physical place (a street, a wall, a shor, etc.) and then add texts, pics or hand-drawn sketches over it. After that they can share it with friends or anyone so that friends may come by and discover those hidden messages.

What’s also great is that there’s no ads or in-app purchases. It is totally free to enjoy! Messages can be private or public. On the other hand, only users of the AR app can view the messages. Although on the whole, a nice and fun game to try out.

This is the legendary project by Niantic which brought augmented reality games into the crowds. The nostalgy of the players enabled Pokemon GO to hold several Guinness records and gain incredible earnings. It also got to the list of top earning games of the last year.

Pokemon GO is a geolocation game, which places the battlefield on the real surroundings. You catch and train Pokemon, and then fight other players and their “pets”. Although we are quite sure you already know the gameplay and can play this AR game with closed eyes.

Another hit by Niantic studio released way back in 2012 and still popular among gamers. The credit goes to captivating plot. Scientists have discovered the dark energy, which can influence the way we think. There are two factions. The Enlightened want to use this energy to control humanity, the Resistance aims to protect the mankind. You should choose the side, discover and capture the energy sources, which are located in your city. Which faction wins? It depends on you!

Have you ever dreamed of being at the heart of the world of criminal rules? If your answer is Yes, Parallel Mafia by PerBlue offers you this opportunity. With this augmented reality game, you can become a real boss of your proper criminal clan. Parallel mafia also has a big choice of entertainment at your disposal. You can create your business, build fronts or earn the reputation. In any case, you’ll be surprised! 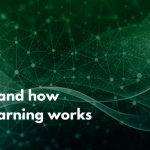