Other
Home Archive by Category "Other" 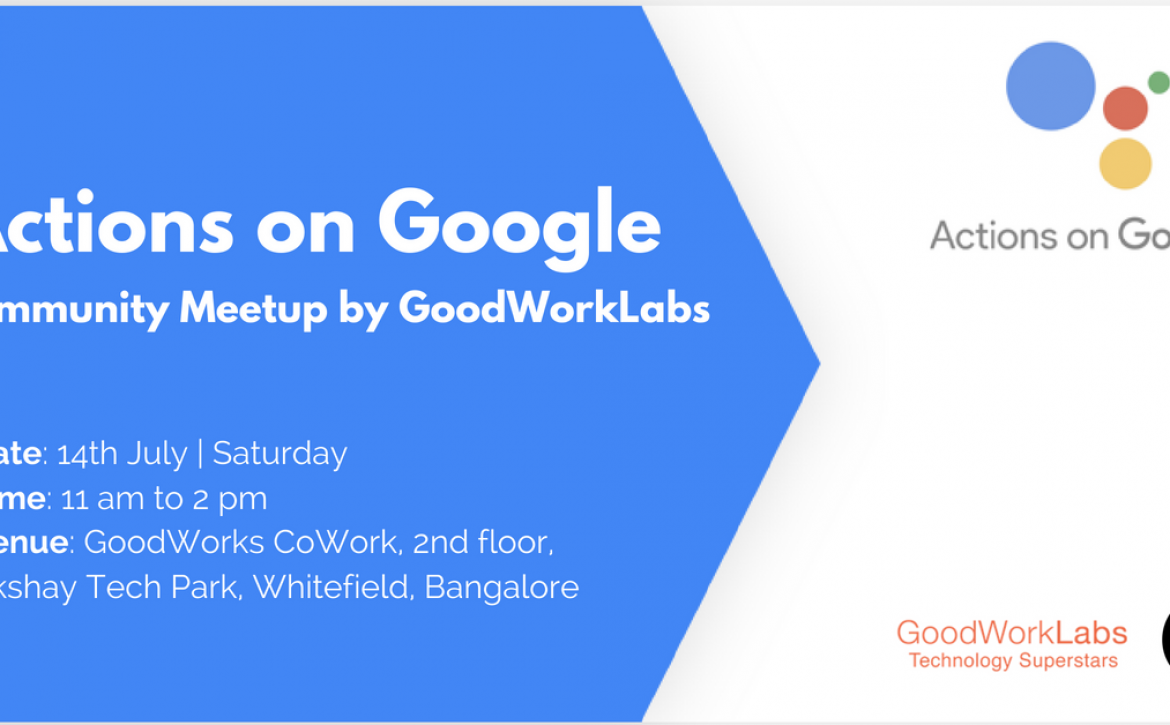 As a Google Certified Developer Agency, GoodWorkLabs is hosting a community meetup on Actions on Google for Google Assistant on the 14th of July at GoodWorks CoWork.

This is the next wave of technology and through this event, you will get a chance to be trained by experts, work on code labs and build innovative actions for Google Assistant.

Build Actions that Solve for India

Join us to build innovative and unique actions for Google Assistant that are locally relevant, taking into account aspects of language, devices, battery consumption and connectivity, solving problems for India in the space of agriculture, education, healthcare, FinTech, e-commerce etc. 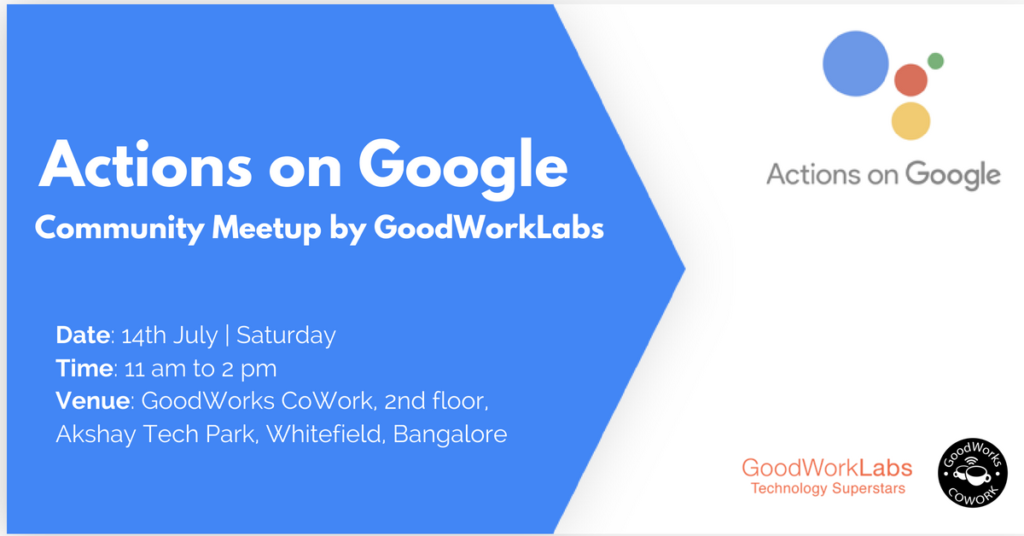 This is an event tailored especially for developers who want to learn new skills and work on AI technology. As a Google Partner, GoodWorkLabs aims to nurture the developer community and conduct workshops on Google technologies.

Register now and join us in building actions that solve for India at our swanky coworking space in Whitefield. 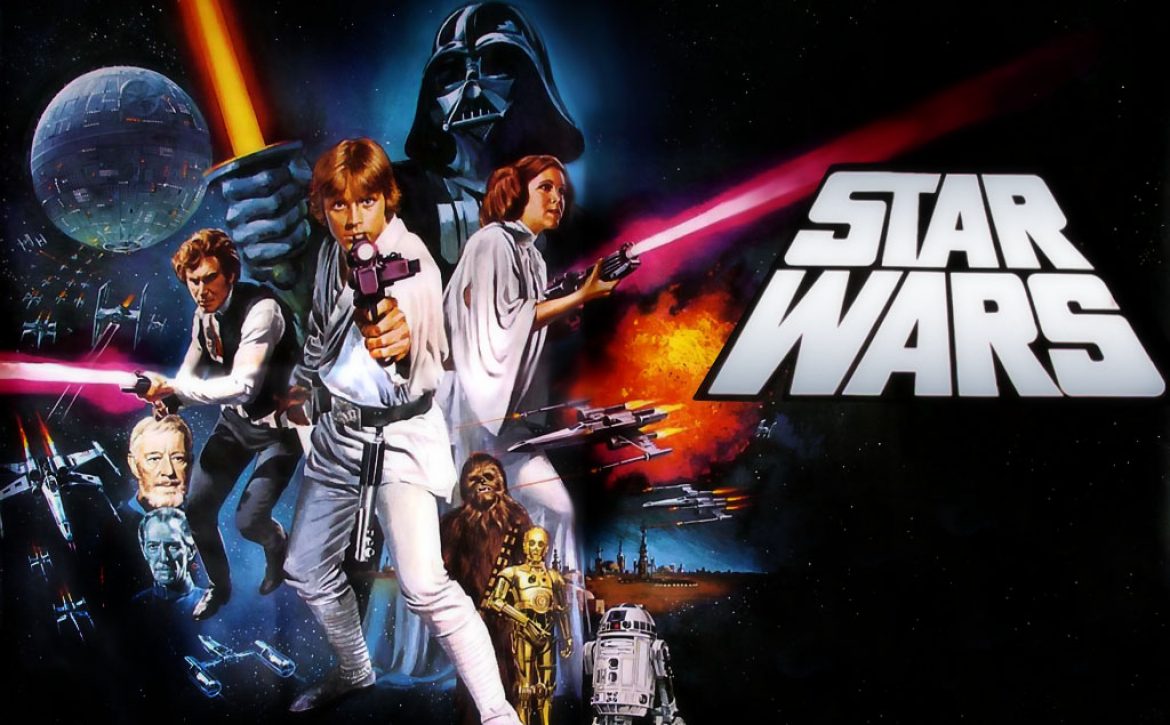 Its that time of the year and I for one am not going to make that age-old pun, instead, I’ll just say ‘a Happy May the 4th, wish I everyone’. Indeed it was 41 years ago this day when a seemingly young and assumingly tall George Lucas’s five-year penance in his basement studio bore fruit. The result, of course, a generation of fans to rival the Tolkien universe. Some often refer to Star Wars as a religion, and they are probably right. Of course as old as the franchise is today, so are its original fans. Most of them are probably in their mid-50s. And I think it would be safe to assume that quite a few of them are software developers probably in various fields of technology.

For many in the 70s, Star Wars would have served as a reference point as to how the future would appear. So, after more than four decades, how much of the Star Wars Universe has come to life? Let’s spend some time contemplating on that. 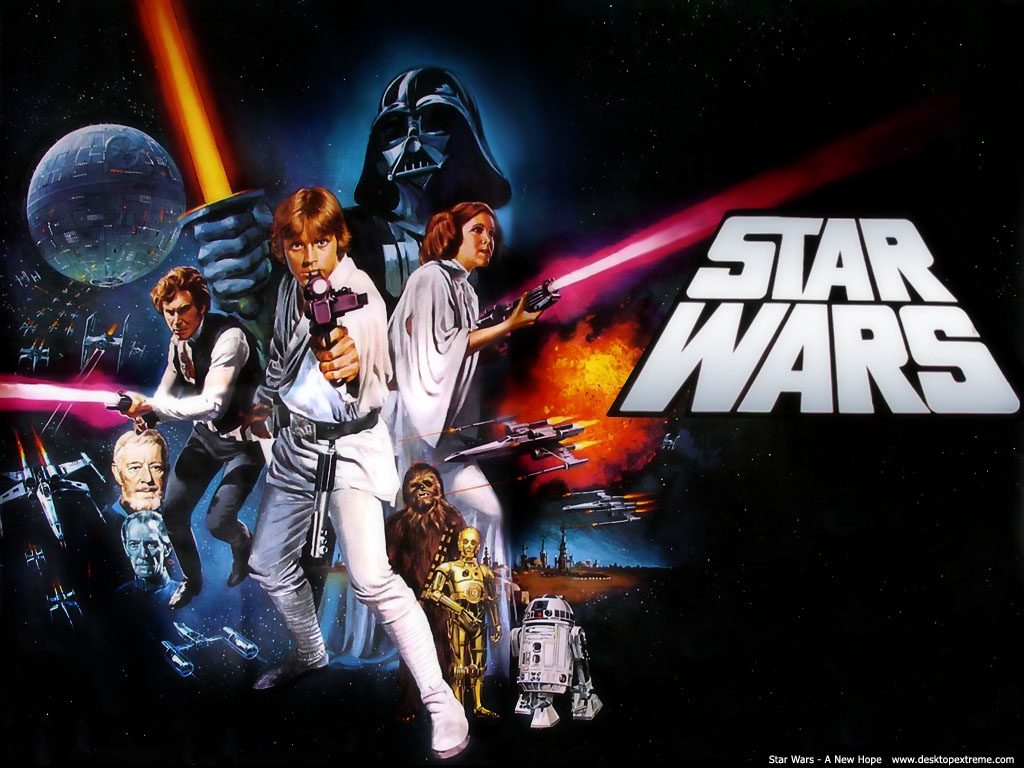 These are not the Droids You’re Looking For

When R2D2 and C3-PO were first introduced, they are trying to escape from Tantive V and by chance meet Luke Skywalker and the story begins. And then we are introduced to the iconic Jedi Mind Trick by Master Obi-Wan. From the beginning, both automatons’ cognitive abilities are quite laudable considering that both of them have the ability to understand and respond in an almost human manner. Of course, R2D2 can only respond with bleeps and buzzing sounds. So fast forward to today, do we have robots that are capable of doing that? Surprisingly the answer is yes. While they are not as refined as the duo, we are getting there. Robotics has seen a lot of star wars style movement as well as designs based on the little dustbin shaped robot. The Robear and several such robots have been designed to perform similar functions as R2D2. Not to mention the AI robots that are eerily close to becoming reflections of ours.

Help Us Obi-Wan Kenobi! You’re Our Only Hope

One of the most replicated scenes of all times in science fiction is Princess Leia’s message projected by R2D2 as a hologram. Once considered a farfetched idea that could never be realized, holograms have become quite a common sight today at conventions and mass gatherings. They are still quite expensive, but the result far outweighs the cost.

Watch the Thrust. We’re getting Out of here at Light Speed

One of the most humble and surprisingly effective modes of transportation in fiction after the Delorean, the Millennium Falcon is indeed a force to be reckoned with. Capable of blasting off into hyperspace, Han Solo’s priced smuggling ship has been an inspiration to many an inventor. Besides the very idea of blasting off at the speed of light with a tall furry humanoid bear assistant pilot is quite enough for most of us to get to the drawing boards and pour in the hours to come up with something very close. While the speed of light is something that is physically impossible, the idea of large space crafts capable of carrying a huge cargo has inspired some good designs in recent years particularly with the likes of SpaceX trying to achieve largely impossible feats at zero gravity.

The Death Star is arguably one of the most impressive pieces of technology ever conceived, albeit in fiction. Imagine the idea of a giant moon-sized battle station with a force field, and a billion LASERs ready to shoot down anything and everything that approaches. In today’s context, this makes more sense, considering all the threats and dangers we live in. But God forbid it should fall into the wrong hands as it did in the movies. With the amount of effort that is being put into the space programs for extraplanetary bases, it is quite possible that such a structure could be built in the distant if not the near future. Yet again this is something Elon Musk could consider as part of his SpaceX research efforts. Who knows, he probably already has and they are already building one at their secret base.

This is the Weapon of a Jedi Knight

Probably the most iconic item ever seen in the history of entertainment, the LightSaber is as impressive a weapon as the sound it makes as it cuts through even the toughest of substances in the Alderaan system or the universe even. Every child’s fantasy till the prequel series and the latest sequel series started coming out, this is a weapon that as grown-ups we still feel the urge to fantasize about from time to time. Yet again this is a piece of technology that we have slowly started to develop over the past couple of decades. Directed Energy Weapons (DEVs) as they are called are in the works as you read this article. However, as easy as George Lucas made it seem in the back in the 70s, making DEVs is far from anything resembling any degree of ease. It is estimated that by mid-2020s these weapons will be available on a large scale and could redefine the art of war as we know it today. From short range LASERs to weapons capable of mass damage we have a lot of firepower or rather joules coming our way.

Difficult to See. Always in Motion, the Future is

All in all Star Wars has been quite influential both in entertainment as well as in real life. There are several instances where the franchise has brought about change on various levels. Technology in particularly is in a way indebted to George Lucas and his franchise, if not as a source of ideas at least as a source of inspiration to dream big and beyond the stars. Many from the generation ‘x’ probably moved out of their mother’s basement after feeling the force and pursued their dreams. Although it is more likely that most of them got confined to their basements in the first place because of Star Wars. The impact nonetheless has been quite monumental.

Ofcourse all the new movies have taken a huge step back from the amazing atmosphere of imagination and mystery and delivered us to an era of Computer Generated Diarrhea. But Star Wars still takes us all back to the days of our childish wonders where our dreams had no bounds or as Yoda would put it ‘Truly Wonderful the mind of a child is’. So Dream on and May the Force be With You.