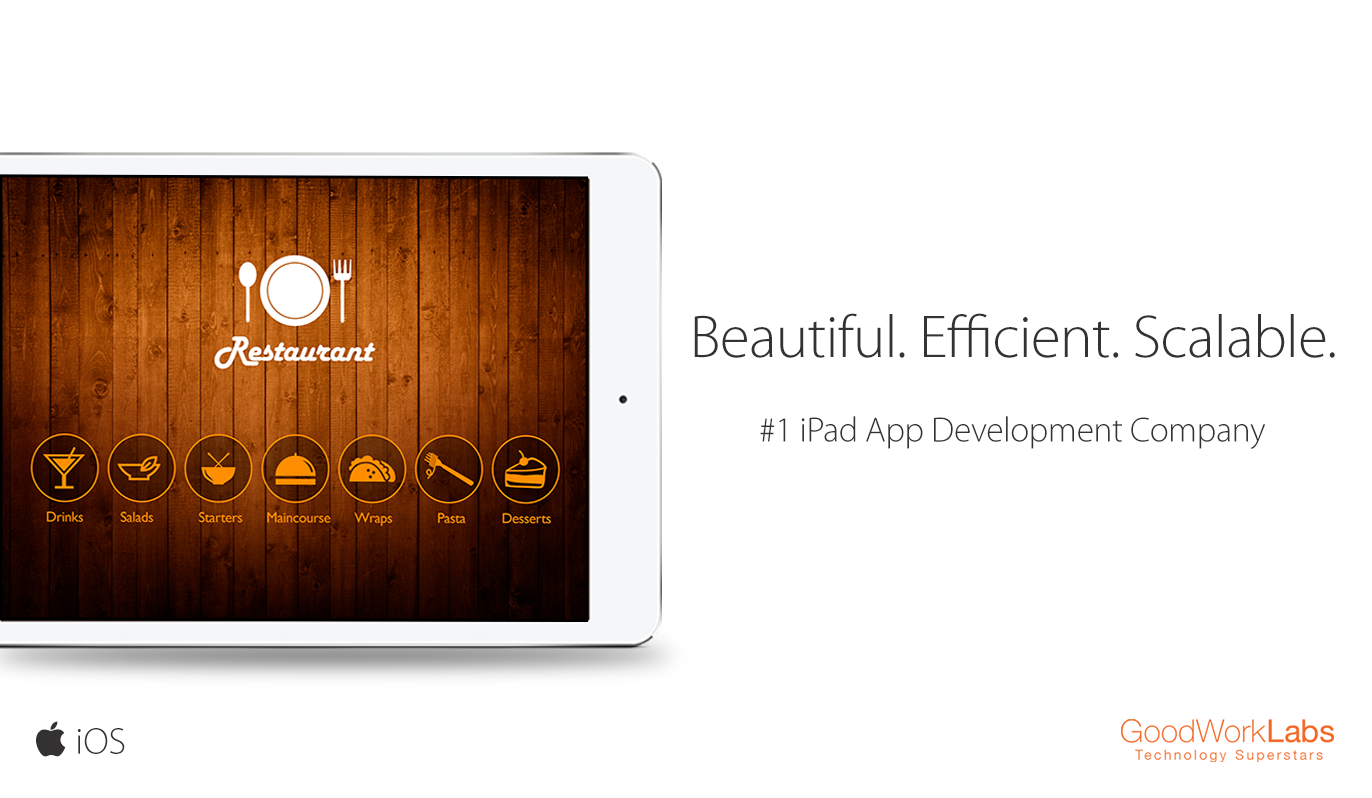 Apple changed the world by launching the first iPad in 2010 and in October 2013, 5 generations of iPads were launched and 170 million iPads were sold, affecting millions of lives. It’s imperative to create a powerful and compelling iPad app for your business or business needs. GoodWorkLabs is expertise in providing iPad App Development Services in Bangalore, India. World Class iPad application development company based in Bangalore and San Francisco Bay Area.

After establishing a proven team of iPad application developers in Bangalore, India’s data center, GoodWorkLabs has created a state-of-the-art iPad application development company in the heart of San Francisco Bay. This center focuses on supporting customers based in the United States and North America with customer engagement, sales, product management, UX / UI, application development, QA, deployment and a full delivery cycle. Together, the offices in San Francisco, California, the United States and Bangalore, India, come together to provide the best products to our customers around the world.

We remember the day when the iPad App Store first opened and an app developed by leading GoodWorkLabs app developers had worked passionately to meet the deadline to hit the App Store first. day. We had succeeded and it was a moment to cherish, a moment of pride for us.

GoodWorkLabs has a highly qualified and experienced team for the design, development, testing and deployment of iPad applications

In addition to the design and deployment of Apple iOS functionalities such as Map Kit, In-App Purchases, Pass Kit, Retina Display Optimization and Social Integration, GoodWorkLabs has developed innovative and tailor-made functionalities and integrated with third-party systems to meet commercial requirements. specific to the customer.

Our high-end iPad app development team has a solid understanding of the Apple platform and the various components involved including:

We develop the most innovative iPad Applications

At GoodWorkLabs, we take a lean approach to building the apps and the UX. Take a look at our unique iPad app building process and iPad UX approach.

We have developed a variety of iPad apps in various domains in the industry, some of them include –

For most customers, GoodWorkLabs manages end-to-end iPad application development, including requirements gathering, design, development, deployment, and even your marketing strategy. However, if you just want to add other expert iPad app developers who can work remotely or from your location, you can hire our app developers and get started right away.

Send us your requirements and your contact details, and we will revert to you with a free quote and possible design and UX approaches to your app.