GoodWorkLabs has immense experience in developing dynamic & custom applications using React Native. We have been industry leaders in client specific software development for over 4 years now and have track record of creating world class products. React Native is the latest platform that is equipping innovators across the world and we are the answer to your React Native developmental needs. 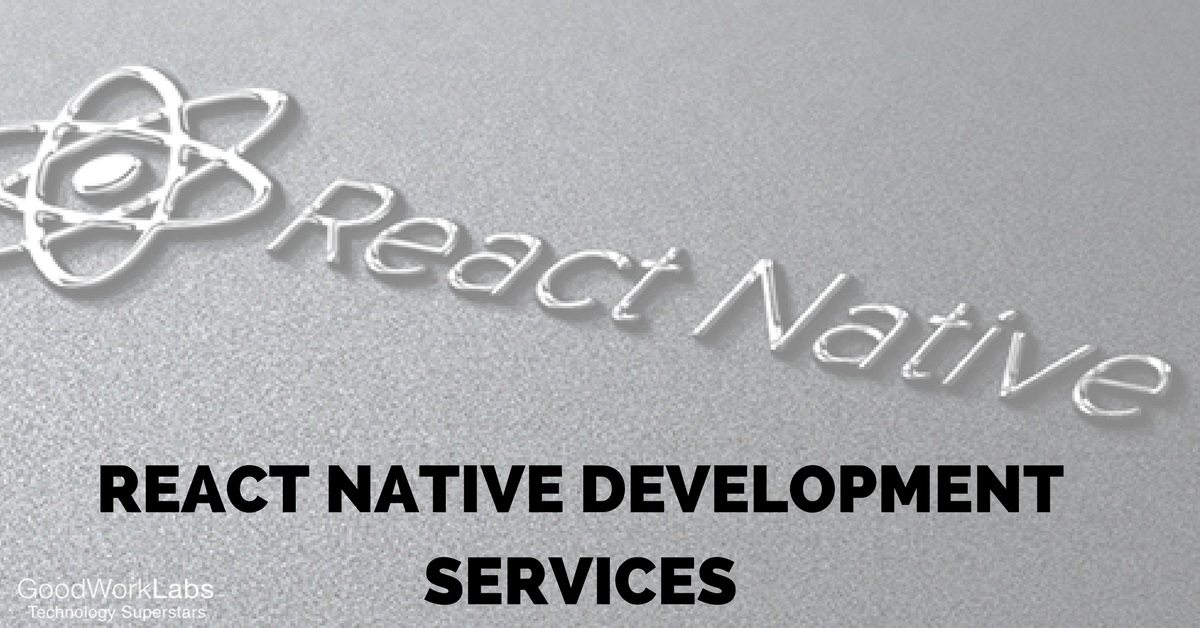 React Native is a framework developed by Facebook. With React Native, you aren’t building a “mobile web app” or even a “hybrid app.” This framework allows you to create real mobile applications identical to an application built using Swift or Java. The same fundamental UI building blocks used by iOS and Android are used by React Native. These building blocks are just put together using JavaScript and React.

React Native is the next generation of React, a Javascript code library developed by Facebook and Instagram, which was released on Github in 2013. As the matter of fact, developing native apps for Android and the iOS platform is a tedious task as both of them are two entirely different ecosystems.

To develop an application in iOS, you will be required to have sound knowledge of Objective-C or Swift along with Cocoa Touch. On the other hand, Android apps demand to have knowledge of Java and Android SDK. Bearing the pain, you will need to stay updated with the latest features of two major ecosystems. React Native is the answer to this conundrum.

Giants such as Facebook, GitHub, Airbnb, Box, Google, Microsoft, Pinterest, Pixar Animation Studios, Twitter, Uber, Instagram, LinkedIn, and WhatsApp all use React code which emphasizes the fact that React Native is the most preferred language in the industry.

Partnering up with GoodWorkLabs on React Native projects will give you the definitive edge in the market. Our products meet all client requirements apart from being robust as we stringently test the product before delivery. Our team of developers ensure that the entire process handled in a professional manner with complete transparency and dedication.

Following are some of the advantages of  React Native:

Even to those unfamiliar with React, it is easily readable. Many frameworks require you to learn an extensive list of concepts which are only useful within the framework. React strives to do the opposite.

3) On The Go Updates

Native Apps behave like web apps and do not require play tore permissions to release new updates. It is more user-friendly in every manner possible.
4) Declarative style

In declarative programming, developers tell an application what they are trying to achieve. While with imperative programming, a developer has to specify exactly how to do it. In this style of programming you have less flexibility in how things occur but being able to describe the state reduces the possibility of bugs drastically.

Due to a vast library of React components available under open source, React Native applications for iOS and Android can be developed much faster when compared to other platforms.
6) Different Approach

React Native’s component-based structure allows developers to build apps with a more agile, web-style approach to development than most hybrid frameworks, and without any web at all.

7) Community Support
The majority of your React Native code is JavaScript, so you reap the benefit of all the advancements in the language and its ecosystem. If you know JavaScript, React Native will be easy to pick-up, allowing most front-end web developer to be a mobile developer. All you need to know is JavaScript, platform APIs, some native UI elements, and any other platform-specific design patterns and you’re set.

8) Reloading
Instead of recompiling, you can reload your app instantly. You’re given two options: Live Reloading will reload the app every time you edit and save one of its files. Hot Reloading only reloads the file you just edited, not the entire file.

11) Efficiency
Native app development usually means inefficiency, slower time to deployment, and less developer productivity. React Native is all about bringing high speed, responsiveness, and agility of web app development along with effectual processing and best user experience to the hybrid space, to provide your users with a native app experience.

We love React Native development and every project we take up, we strive to give it our best. We have collaborated on numerous projects with global clients and delivered products that meet client requirements and quality standards time and again.

We have an excellent team of UX designers and Software developers who design and develop the user experience, user profiles, design flows and user stories. Our team at Bangalore, India, follows the most innovative programming methodologies and boast of strong programming ethics.

We are a truly agile company. While developing products, we ensure that we iterate constantly. The products we build on React Native are perfect and bug free.

Our DNA allows us to be the best in the software industry:

If your requirement is to just add great React Native developers who can work remotely or from your location, you can hire our app developers and kick start your work immediately as well.

Come partner with us and build an application that is disruptive in nature and completely dependable.